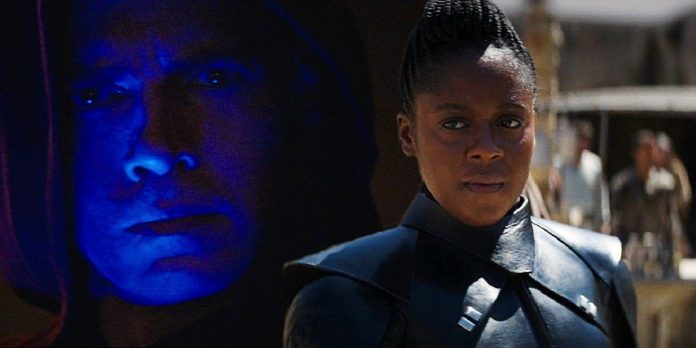 The revision of Order 66 is not uncommon in the Star Wars franchise, but the 5th episode of Obi-Wan Kenobi proved that the work of Lucasfilm under the leadership of Disney went much further in detailing the terrible actions of Anakin (Hayden Christensen). Despite the fact that Emperor Palpatine intended to issue Order 66 on the destruction of all Jedi considered enemies of the Republic, various TV shows on “Star Wars” showed that some Force users were spared. However, by revealing another survivor, Disney’s Obi-Wan Kenobi goes further than George Lucas’ prequel trilogy when he explores how brutal Anakin’s massacre of young people at the Jedi Temple was in Star Wars: Episode III — Revenge of the Sith.

Obi-Wan Kenobi is not the first Disney Star Wars series to tell about a survivor of the Youngling massacre, as both The Mandalorian and The Book of Boba Fett have already shown that Grogu was saved from the massacre at the Jedi Temple. Nevertheless, being a series that takes place 10 years after the events of Revenge of the Sith, it shows how the Inquisitors are looking not only for all the Jedi who managed to escape, but also generally Force-sensitive people who do not belong to the Jedi Order. While Anakin’s murder of the Younglings was for many viewers the moment when he fully devoted himself to the dark side, Obi-Wan Kenobi paints an even more terrifying scenario, allowing Reeva (Moses Ingram), who survived Anakin’s terrible actions, to reluctantly tell her story.

The original Star Wars trilogy introduced Darth Vader as a formidable villain, but Obi-Wan Kenobi doesn’t hesitate to show how terrifying and ruthless Anakin actually became when he joined the dark side. Reeva’s heartbreaking conversation with Obi-Wan (Ewan McGregor) in the 5th episode of Obi-Wan Kenobi fully highlights this, putting the pain of Inquisitor Moses Ingram Reeva first. The scene focuses on the young people’s point of view and Reeva’s point of view as she pretended to be dead in order to survive, while the people she thought were the only family she knew were killed by someone they considered an ally. It’s filmed in such a way that their fear cannot be overlooked, and Anakin looms menacingly under his black hood. Presenting the point of view of his victims, Disney’s Obi-Wan Kenobi takes the slaughter of young Anakin further than George Lucas’ prequel trilogy ever did, making the event even more harrowing than it already was.

While “Revenge of the Sith” already attached importance to the action, it showed the massacre as something terrible, but functional for the plot; at that moment, Anakin’s actions were supposed to show how low he had fallen. But by focusing on the victims, especially the one who also survived the massacre, like Reva, Obi-Wan Kenobi makes the attack on the Jedi Temple even more real. Viewers are reminded of the terrible impact of Order 66 on survivors such as Reva. Even ten years later, her raw feelings get the better of her in a conversation with Obi-Wan, culminating in the heartbreaking lines: “Where were you when he was killing my friends?” and “Why didn’t you stop him? Why didn’t you save us?”

Reva’s pain becomes visible and unavoidable due to her memories, both in her conversation with Obi-Wan and in her duel with Vader, as a result of which she was wounded on Jabiim. Their last duel in episode 5 of Obi-Wan Kenobi highlights her apparent fear when Vader intervenes, and even worse, it proves that Vader remembers her as he calls her cub. While mercy may have defeated Vader in Return of the Jedi, allowing him to gain a story of redemption through Luke and sacrifice, Obi-Wan Kenobi makes it almost impossible to believe that Vader could be worthy of redemption, as he portrays him as a villain darker than anything ever shown. George Lucas.

TWICE: Chaeyoung is Jealous of Dahyun For a Tender Reason