Home News Disneyland will open on July 17 after four months closed by the... 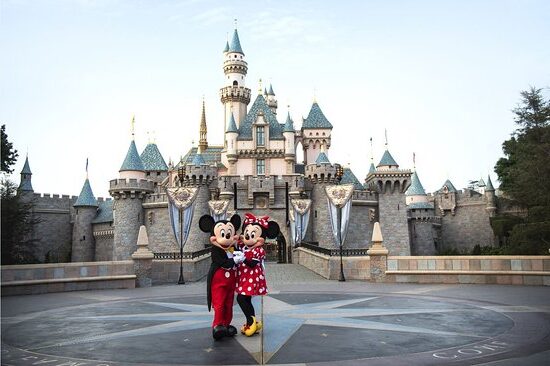 The Disney theme parks in California (the original Disneyland Park and the new Disney California Adventure) will open their doors on July 17 after almost four months closed by the coronavirus.

It is the longest closure in the history of the first Disney park, which since its inauguration had only paused its activity on three occasions: during the attacks of 9/11 (2001), the morning in which President John F. Kennedy (1963) and by the Northridge earthquake (1994).

“Sixty-five years after the historic opening of Disneyland Park, we are planning to open our doors once again on July 17, 2020,” the company said on its website.

According to the statement, the proposed date is still pending approval by local and state authorities.

The announcement comes after learning that Disney’s Florida parks will also open in July, later than its main competitor, Universal, which already did so last week despite COVID-19 infections continuing to rise.

Nor did they stop in California, where authorities begin to lift their containment measures to reopen the economy.
Although Disney did not provide further details on the security measures it will take, it made clear that capacity will be limited, will restrict the use of annual passes and will require making advance reservations.

For its part, in the California area today it opened the shopping area of ​​Universal Studios Hollywood, although the attractions are still closed.
In Orlando, Florida, Universal’s parks take the temperature of all visitors, enforce the safety distance between groups at all times and leave empty rows of seats.

Despite security measures, Universal warns that “it cannot guarantee that visitors will not be exposed to the virus” and recommends that the population at risk, such as the elderly or ill, “avoid” visits.

Why February Is Important For Bitcoin