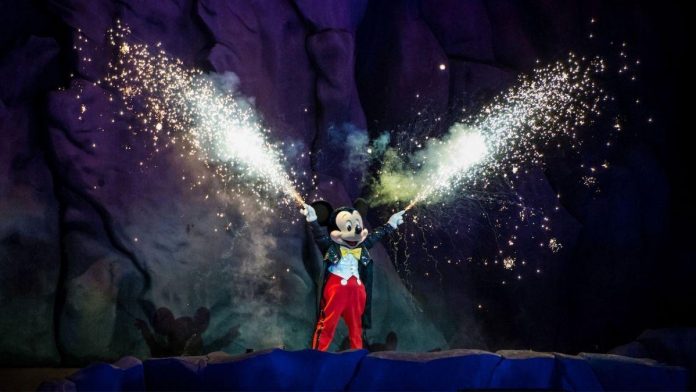 A trip to Disneyland is not a cheap vacation. Theme park tickets alone will cost you more than $100 per ticket, unless you buy tickets for several days at the same time, and if so, the price will still increase. Before the pandemic, it was not unusual for Disneyland tickets to raise prices in one form or another every year. Tickets to Disneyland have already increased in price over the past 12 months, but another price increase may become a reality before the end of the year, although this does not come from Disney, but from the city of Anaheim.

The agenda of the Anaheim City Council meeting next week was posted on the Internet (Laughing Place drew attention to it). One of the issues put up for discussion and voting on July 19 will be an entrance ticket in the amount of 2%, which can be charged from events at large sports and entertainment venues. A large capacity here is defined as anything that can accommodate more than 15,000 people, so the Disneyland resort certainly meets the requirements, and this is specifically noted in the proposed resolution of resolutions. If the city council approves the resolution next week, it will appear on the ballot papers in November, and Anaheim residents will vote for it.

And while the price increase will be negligible for Disneyland, it could be significant for the city of Anaheim. It is estimated that the city could receive between $55 million and $82 million annually from the new tax, which is certainly money that the city could use for various things, many of which are potentially useful.

Of course, it will be interesting to see how Disneyland reacts to the potential tax that it will be responsible for collecting and paying to the city. The theme park and the city in which it is located have maintained very warm relations for many years. Disneyland is already a major source of employment and tourism for the city, so Disneyland is good for Anaheim, and so Anaheim usually doesn’t get too involved in Disney’s business. Although sometimes there were bumps on the road.

A few years ago, Disneyland Resort planned to build a fourth hotel on the territory and agreed with the city on tax benefits. However, when the location for the hotel was changed to another area of the resort, the city canceled tax breaks, and Disneyland did not build the hotel at all.

Right now, Disneyland Resort is working on a major expansion project known as Disneyland Forward, and while the company is reportedly not looking for the city to pay for any of this, they need Anaheim’s cooperation to change some of the existing rules regarding how Disneyland is allowed to use its property. So while Disneyland can be expected to struggle with an attempt by an outside force to raise prices, playing nice with the city may be in Disney’s long-term interests.

Assassin’s Creed Valhalla: Dawn Of Ragnarök | We Have Seen It...