Home Entertainment Disney+ Yields To Loki and Will Premiere The Episodes Of All Its... 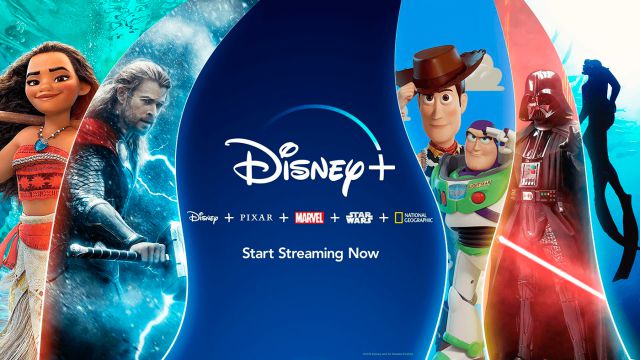 Disney+: The Disney platform takes note of the successful premiere of Loki and will premiere all the new chapters of its series on Wednesdays instead of Fridays.New strategy in the Disney+ release schedule; And is that after the successful premiere of the first episode of Loki last Wednesday, June 10 and the broadcast of the second chapter yesterday (remember that for Loki, Wednesdays are the new Fridays), the Disney platform will premiere all the new episodes of original series on Wednesdays instead of Fridays starting this July.

And it is that the previous original Star Wars and Marvel series on Disney+ such as The Mandalorian, Scarlet Witch and Vision and Falcon and the Winter Soldier, premiered their new episodes every Friday morning. But with the arrival of Loki, the opening day was changed to Wednesdays, also in the morning, perhaps to distribute the premieres of both franchises between both days or so that Loki did not coincide with the already next premiere of Black Widow on Disney+.

Finally, it will not be so that both franchises or other original Disney series that will arrive in the future do not coincide; Disney has decided that all new premiere episodes will be released on Wednesdays from now on. So much so, that the next series Monsters to Disney’s work recently changed its opening day, going from July 2 to July 7 of the same month.

Of course, Wednesdays will be busy days at Disney+, even more so when new releases of different franchise series such as Marvel, Star Wars, Disney and others coincide. Recall that series such as Moon Knight, Hawkeye, What if …?, Secret Ivasion, Cassian Andor, Obi-Wan Kenobi, The Book of Boba Fett or the third season of The Mandalorian will soon arrive on the platform, many of which are they will surely coincide in their respective release calendars.