Home Entertainment Disney World presents an amazing character from the 90s for Halloween this... 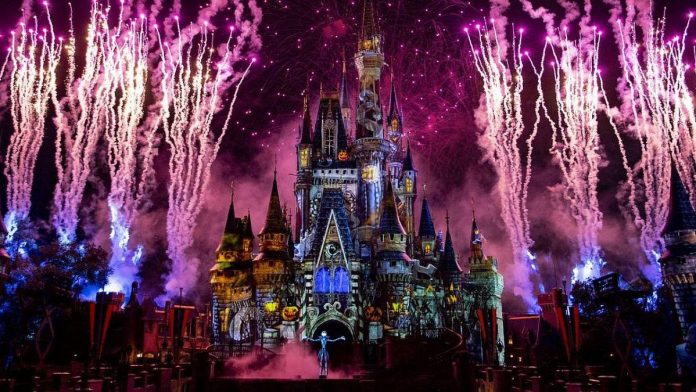 It’s only August yet, but if you’re a fan of theme parks, then it’s mostly before Halloween. Universal Studios is gearing up for Halloween horror nights on both coasts, and Disney is also gearing up for its spooky holiday season at Disneyland and Walt Disney World. This year, the official return of Mickey’s “Not such a Scary Halloween Party” will take place at the Florida Disney Park, and it has just become known that he will see the Halloween debut of the favorite of the 90s, Goofy’s son Max, who will dress up in Powerline for Halloween.

“Goofy Movie” is a classic that almost any child of the 90s is familiar with, and more than 25 years later, “Goofy Movie” still has a lot of fans. The film begins with a scene where Max disguises himself as a Powerline music star, from where this character came from. Check out the Powerline Max from TikTok Disney Parks.

According to the post, Max will be something of a warm-up, appearing before the start of the Boo To You parade. He will appear “together with his team from the 90s.” It’s not entirely clear if this means we’ll see more Goofy Movie characters or just more Disney characters from the 1990s.

We often see new or rarely used characters appear as part of special events like “Mickey’s Not-So-Scary Halloween Party,” but on Halloween we usually see a focus on Disney villains or other creepy characters. Max as a Powerline may seem unusual, but since he’s just a kid in a costume here, he’s perfect for Halloween.

Halloween, in fact, is already here in Walt Disney World, as the first MNSSHP event will take place this Friday. It will be held a total of 37 times in the period from August 12 to October 31. Guests of the Disneyland resort will have to wait a little longer, as the first of the sold-out Oogie Boogie Bash After Hours events will take place only on September 6.

Disney World may be trying to catch up. In 2020, when the Magic Kingdom was opened, there were no Halloween events held in it. In 2021, Disney World held another event called Boo Bash, which was a kind of scaled-down version of the traditional Halloween party, although the price tag was no less.

So this is the first Not So Scary event in years, and Disney World and Halloween fans are certainly looking forward to it. Halloween is one of the most popular times to visit any theme park.

There will almost certainly be some additional surprises for the characters that Disney World has not yet announced. There may even be some that will appear later in the course of the event as we get closer to Halloween itself. Tickets to the MNSSP are still available for most nights.