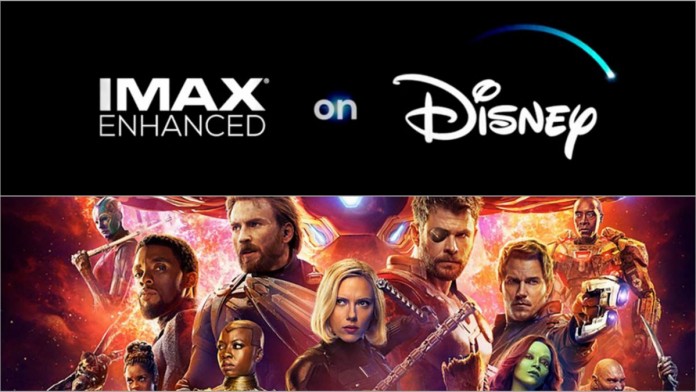 Disney +: Without leaving home, IMAX cinema lovers will be able to enjoy these 13 films from the Marvel Universe with an adapted aspect ratio. Disney + has announced the premiere of a total of 13 films from the Marvel Cinematic Universe adapted to the IMAX projection format. The North American company wants to bring the seats to our homes and make us feel the closest experience of movie theaters without leaving home. To do this, starting this Friday, November 12, it will deploy a lineup of titles on its streaming platform that we review below.

Starting this November 12 and coinciding with the premiere of Shang-Chi and the Legend of the Ten Rings on Disney +, all members subscribed to the platform will be able to enjoy the film of the acclaimed Chinese superhero as well as the rest of the films selected with a relationship aspect ratio of 1.90: 1; that is, a considerable increase in the size of the frame so that we can enjoy the sequences with a growth of up to 26%.

In practice, this translates into a greater amount of information on the screen by increasing the image range in width, which prevents us from losing detail in our visual panorama; similar to what happens in the cinema. Those who do not like the well-known black bars are in luck. The Russo brothers, responsible for Avengers: Infinity War, Captain America: Civil War or Avengers: Endgame, have published a message on the social network Twitter explaining how the news affects our experiences enjoying home cinema.

Complete list of 13 Marvel movies adapted to the IMAX format

Here below we leave you the films of the Marvel Universe chosen to debut in IMAX aspect ratio starting this Friday, November 12 on Disney +. We remember that this Friday we will have a multitude of news from the Disney universe (Marvel, Star Wars and more) on the occasion of Disney + Day.

Marvel announces the vision date of its new movies