Disney and Lucasfilm find themselves accused of harassment by Gina Carano (Cara Dune in The Mandalorian), following her dismissal.

Gina Carano, or Cara Dune in The Mandalorian, has been fired by Disney and Lucasfilm. The latter accuses them of having harassed her because of her beliefs.

In February 2021, Disney announced the dismissal of Gina Carano. And this, after discovering questionable tweets. It must be said that the actress has often stood out for her transphobic and anti-Semitic comments on social media.

Not long ago, she would have compared being a Republican in the United States in 2021 to being a Jew under Nazi Germany. Ouch!

This time, the actress has gone too far, prompting Lucasfilm to release a statement explaining that the studio will no longer employ the actress. “I have all the major publications that compare Conservatives and Republicans to this. And that’s not really what I was doing. I have love for everyone. I am not a hateful person, ”she explained.

You will understand, Gina Carano will not be part of the 3rd season of The Mandalorian. Neither of the spin off “Rangers of the New Republic”. And this, even if she had to play the main role. As far as we know, Disney just decided to kill Cara Dune. Here then !

But the actress hasn’t said her last word. She therefore decided to reconsider her dismissal as well as Disney’s way of proceeding. And the least we can say is that she doesn’t have her tongue in her pocket.
Disney accused of harassment by Gina Carano of The Mandalorian!

In an interview with Ben Shapiro, an animator known for his closeness to the Republican Party, Gina Carano therefore commented on Disney.

“I’ve been through so much, and I’ve seen so much, clearly, of bullying,” the actress accuses during the interview.

The latter believes that Disney intimidated her for several months into quitting her social media posts. This desire was indeed reflected in the creation of a hashtag “#FireGinaCarano”, demanding the dismissal of the actress.

“I could share a story that would make a difference in the media. But I can’t, because it would hurt a friend. Everyone is afraid of losing their job, ”she explains without giving any proof of what she is saying.

“I was ready to be let go anytime, because I’ve seen it happen to so many people. I saw the bullying that took place. And so when it starts, they show up with their guns. And you know it’s only a matter of time, ”she continues.

Either way, Gina Carano’s future in cinema is in jeopardy. Indeed, she was let go by most of her agents and supporters. To be continued ! 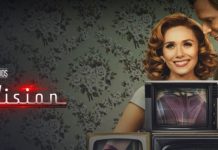 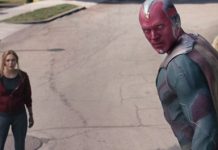 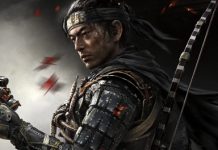 Riverdale season 5: Polly soon to die in the series?