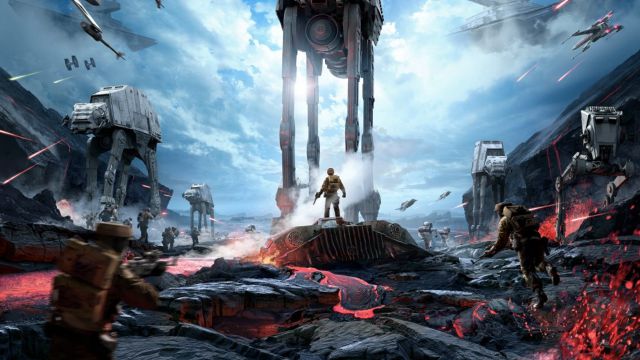 The music, composed by Gordy Haab, of course includes some of John Williams’ most iconic tracks. A few weeks after the Epic Games Store offered Star Wars Battlefront 2 completely free on its platform, the medium Variety has exclusively confirmed that the soundtrack of the two video games in the saga developed by EA DICE will be available on streaming services such as Spotify , as well as for sale in digital format. The songs composed by Gordy Haab will be made available to listeners very soon: first the album of the first installment will be released, while on February 5 those of the sequel will be released, under the Walt Disney Records label.

Star Wars Battlefront won the Music of the Year and Best Interactive Store Award from the Game Audio Network Guild (GANG) Awards; Battlefront 2 did the same as the Best Soundtrack of the Year, this time awarded by the ASCAP’s Film and Television Music Awards. All songs were performed by the London Symphony Orchestra and the London Voices Choir.

Satisfied with the work

“I consider composing the original soundtrack for EA’s Star Wars Battlefront saga to be one of my greatest achievements,” said Haab. “Creating new music for a game that generates so many expectations was a colossal task that has only fueled my own passion and desire to honor my favorite series. For that reason, I put all my love in each note, just like the orchestra that performed [the pieces] ”.

Steve Schnur, president of the music department of Electronic Arts, explained that Gordy Haab was able to introduce his own hallmark in the songs, but at the same time, he managed to be faithful to the original music. The pieces were recorded in the same studios as the movies. Schnur describes Haab’s work as “remarkable” and assures that “the albums of the soundtrack are proof of this.”