Home Entertainment Disney + Star Wars Visions, Will It Have A Second Season? 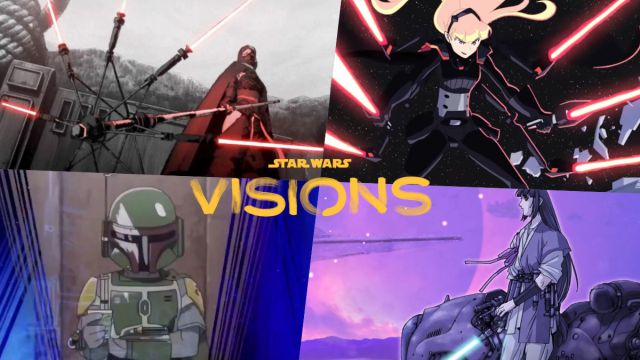 Disney +: The short anime anthology is set in the Star Wars universe, but offers a different perspective. Star Wars in anime version. That’s what the nine episodes of the first season of Star Wars: Visions offer, a series of anthological shorts that experiment with different visual and narrative styles, while exploring the galaxy far, far away from a freer approach. And it is that this new production has been made by different studios, which have had creative freedom when displaying their proposals. Unlike other products, this series does not fall within the official canon, and now that it is already available on Disney +, it is worth wondering if there will be a second season, what is known about it?

What we know about a possible Season 2

Lucasfilm hasn’t commissioned any more episodes, at least for now. However, the chances of them producing a second season are still open. Everything will depend, to a large extent, on the response of the fans regarding Star Wars: Visions. “There is nothing planned right now,” executive producer James Waugh told Inverse. “We are definitely excited and we love these shorts.” Waugh assures that his approach has been to wait “to see what the audience thinks” and then make the pertinent decisions.

Some of the stories in the anthology, in fact, do not end in a closed way, so it is not impossible to think of a continuation. “Like a lot of the Star Wars narrative, what’s exciting is that there are these other mediums that are very robust.” In this way, they can develop a kind of transmedia narrative, which is woven into films, series, comics, novels, etc.

Star Wars: Visions is the second unreleased product to be released in 2021. After the second season of The Mandalorian, Lucasfilm released Star Wars: The Bad Remittance, a spin-off of the animated series The Clone Wars. Captained by Dave Filoni, The Bad Batch will return in 2022 with new episodes.

Song Joong Ki Shows Off With a Beautiful Gesture For Taecyeon