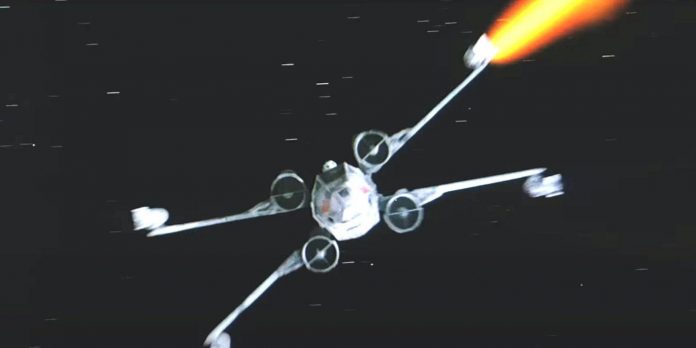 The new trailer for the documentary “Light and Magic” marks the first release by Disney of original unedited footage of “Star Wars”. Disney+ is now the streaming home for everything related to “Star Wars.” But despite hours and hours of “Star Wars” content, the streamer, as we know, still doesn’t offer the original trilogy in the forms preceding the Special Edition.

The story of the erasure of the original “Star Wars” trilogy, of course, goes back to the distant past. Indeed, George Lucas himself was the first to tinker with the original films when, in the 1990s, he released controversial Special Edition versions with new and sometimes distracting visuals. But more than just offering these altered versions of his Star Wars films, Lucas sought to wipe the unmodified originals off the face of the earth by making them commercially unavailable. Later, when Disney acquired Lucasfilm and Star Wars in a historic deal, the hope was that the company would see fit to finally release non-Special Edition versions of the original trilogy, whether Lucas liked it or not. But even though Disney+ is now looking for as much Star Wars content as possible, the modified versions of the original trilogy are all that fans can officially see. Indeed, Disney has made additional changes to the Special Edition versions, further taking Star Wars away from its roots.

Now Disney seems to have taken a small step back in time, at least by acknowledging the existence of non-special versions of the original Star Wars trilogy. The moment comes at 1:06 of the new trailer for the documentary show Industrial Light and Magic Light & Magic, when a shot of the explosion of the Death Star is shown, which, importantly, does not contain Special Edition digital effects added by Lucas.

The show that teases this trailer is a celebration of the history of ILM, the VFX studio that Lucas founded specifically to create Star Wars. So it makes sense that some of the original unmodified footage from “Star Wars” be extracted from mothballs and displayed here. What’s unclear is whether this tiny recognition of what Star Wars used to be means a new willingness on Disney’s part to finally relent and make non-special versions of the films available to fans.

Of course, it has been argued over the years that it is actually impossible to release clean versions of the original unmodified Star Wars trilogy in high resolution because the negatives have actually been destroyed. Wiping out the original trilogy, which is not related to the Special Edition, would be very similar to Lucas, but there is also reason to believe that such destruction did not actually happen, and somewhere there is a Lucasfilm repository in which negatives of all three films are really stored. the original films as they were before Lucas messed around. If these unmodified originals do exist, Disney seems to have every reason to digitize them and make them available on its streaming service. Of course, it would be a huge event for Star Wars fans if the original trilogy, created before Lucas’ remake in the 1990s, suddenly came out into the world. The fact that this has not happened yet, except for small glimpses like what can be seen in the trailer above, suggests that the legend is true, and Lucas really wiped the originals off the face of the earth with the exception of a few fragments. But the fans can keep hoping.

Lucifer: Season 6 of The Series Premieres Today (10) on Netflix