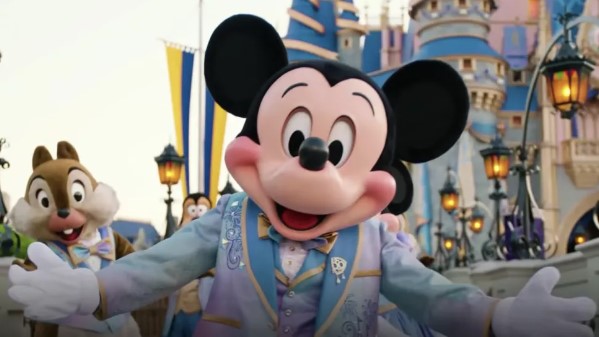 Recently, it has become much more expensive to go to Disneyland and Walt Disney World.

No one likes to pay more for something that used to cost less, but if you’ve visited Disneyland or Walt Disney World in the last few years, you’ve noticed that it’s always getting more expensive. Last month, we witnessed one of the biggest price increases in recent times, when the cost of almost everything in Disney parks rose immediately. And while, of course, not everyone likes it, Disney says that guests are currently getting a lot more for their money.

In an interview with CNN, a Disney representative noted that since 2016, more than “200 new lands, attractions, experiences and festivals have been added to the parks.” The argument is that the price increase is necessary and justified, because there is much more in the parks than there once was.

This is certainly true at first glance. Back in 2016, we didn’t have Star Wars: Galaxy’s Edge on both coasts, Avengers Campus at Disney California Adventure, or Guardians of the Galaxy: Cosmic Rewind at Epcot. At the same time, it must be said that although many things are new, many new things have simply replaced old things, so 200 new things do not necessarily mean that there are 200 more things than there were before. .

At the same time, all these novelties cost money, and Disney will want to return this money, and do it as quickly as possible, which leads to higher prices. The Disney world, of course, doesn’t want to pay too much attention to price increases, but instead wants to focus on what guests get for the money, as a Disney representative said…

There are more ways than ever before to visit a Disney park. Our goal is to provide guests with a great experience, and we do this by giving our guests the choice to decide how and when to experience our resort.

There are ways to spend less money at Disney parks. The lowest available price for one day, a ticket to one park at Disneyland did not increase with the rest of the ticket prices last month. The problem is that there are just fewer days when these cheaper tickets are available. And the prices for all the other tickets have really gone up. And with so many things at Disney World that used to be free now cost money, it’s almost impossible to ever stop paying for things.

Of course, the real question is “a great guest experience.” If people really have it, if they feel that their trip to Disneyland was special, then most people will probably find any price worthwhile. The price increase itself is largely intended to keep some people from visiting Disney parks in order to improve the experience for those who are there.

However, if this Disney experience isn’t magical, especially at the new prices, they may not come back and they may tell their friends not to go there. If that happens, then this price increase will have an impact, but it may be years before we actually see it.