Home Entertainment Disney Mirrorverse: how to unlock the difficult mode 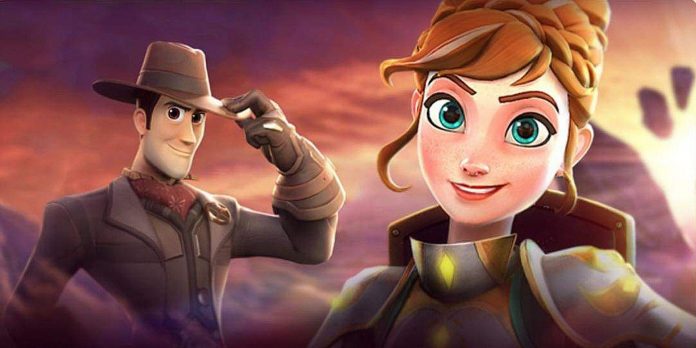 Hard mode allows players to repeat combat encounters with a greater challenge in Disney Mirrorverse, and they can unlock it by playing through the main story. Other activities can be completed to increase Guardian power, but only story mode encounters will lead to unlocking higher difficulty levels. Along with Hard mode, players can eventually unlock Expert for the ultimate test of their Guardians’ skills.

Every encounter will reward players with various resources, but winning fights on harder difficulties will speed up the process of farming for materials. Once Hard mode is unlocked, players will be able to level up Guardians faster in Disney Mirrorverse, and it will lead to more activities becoming available. For example, completing the 30 floors that make up a single Tower requires extremely powerful Guardians, so Hard mode encounters eventually become necessary to keep leveling up quickly.

Hard mode can be unlocked by completing the story mode’s fourth chapter on Normal difficulty. As soon as players win encounter 4-10, regardless of the star rating they earn, chapter one will be available in Hard mode. The only exception to this is the limited-time events in Disney Mirrorverse. All difficulties are automatically available for timed events to give all players a chance to earn the best rewards possible. However, it’s unlikely players will be able to complete event encounters on harder difficulties before unlocking these modes in the main story because their power level will be too low.

Once players start Hard mode, they’ll revert back to having only one Guardian spot available. The story and unlocks will be the same as they were in Normal mode, but the encounters will have an increased number of enemies that are harder to defeat. While playing on Hard difficulty, it’s recommended that players use a support Guardian as one of their team’s playable characters in Disney Mirrorverse. Support characters have the ability to heal or buff team members.

Similar to unlocking Hard difficulty, Expert mode can be unlocked by completing encounters in story mode. For Expert difficulty, players will need to win encounter 4-10 on Hard in story mode. Like Hard mode, Expert difficulty increases the strength and number of enemies that need to be defeated before claiming victory. The rewards in Expert mode are substantial, and players will require more resources for higher levels, so completing encounters on this setting will help with power progression.

Unlocking Hard and Expert modes gives players more opportunities to increase their team’s power and rank up their Guardians so they can reach the highest possible level. Additionally, more Crystals can be obtained by completing story encounters on higher difficulties, so players can unlock more characters, like Zurg in Disney Mirrorverse. Story mode encounters should be completed quickly to gain access to more challenging fights and better rewards.

Mandalorian: the real name, background and future of baby Yoda