New products are coming to Disney +. This is a new series in the Marvel Universe with Loki as the main character!

On February 26 it will be the end of Wandavision. So, Disney unveils its calendar for the coming months. On March 19, you will therefore be entitled to a mini-series in the same register. It will be Falcon and the Winter Soldier. But it will be short-lived. The series will end on April 23.

But we will therefore have to wait two months before seeing the new creation signed by Marvel! And this time it’s totally worth it. Loki will finally get all the attention. The series will therefore have Thor’s brother as its main character. Portrayed by Tom Hiddleston.

The Disney series will consist of only 6 episodes. Yes that’s not a lot but hey… And it will be released on June 11! Loki’s storyline will unfold after the entire Avengers EndGame story in the timeline. The way to see what happens after he disappears.

Obviously, there will be other characters from the Marvel universe in the series. Something to delight the biggest fans. Especially now, with the cinemas closed, we can’t see our favorite superheroes too much! In any case the trailer is epic!

But in addition to Loki, another series will cause a sensation on Disney +. If Falcon the Winter Soldier and Loki are part of the fourth phase of the Marvel Universe, another universe will arrive on the platform. You know, the series on Obi-Wan is due out soon.

But in the meantime, a new version will soon be available. Her name ? The Bad Batch. This will be a new animated series. In terms of the timeline, the story will take place shortly after Clone Wars. Something to delight young and old alike.

In any case, the two novelties will be very popular with fans of the platform. If you don’t know yet, Disney + is available for 8.99 euros per month. The price increases by two euros as the new Star category has just arrived. An additional catalog that is fun.

So if you’re a Marvel fan, Loki will be coming to your screens soon. In the meantime, you can watch the trailer over and over again to wait. But after all, there are only a few months left to wait. The biggest is done. Now you have to take your pain patiently.

In short, great new features in addition to the new catalog that make you want to subscribe! Disney + continues to innovate so as not to fall into a routine. A platform which is therefore becoming more and more interesting. 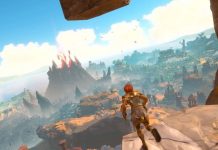 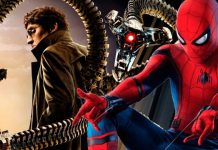 Alfred Molina confirms his Doctor Octopus from Spider-Man 2 in Spider-Man: No Way Home 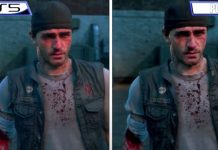 Days Gone, how has it changed on PC? Graphical comparison with PS5