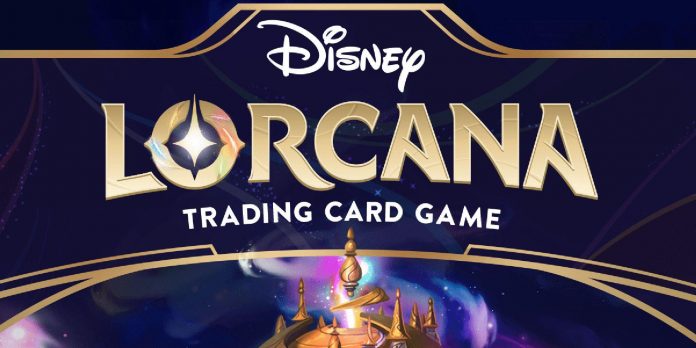 The idea that Disney might be planning something called Lorcana first emerged at the end of 2021, when the company registered the word as a trademark. However, given that the categorization was simply “Goods and Services”, which included many possibilities, from paper holiday hats to skins for mobile devices, it was unclear exactly what this Lorcan was. Now Disney has officially announced its upcoming collectible card game that fans of Pokemon TCG and Magic: The Gathering may like.

Disney Lorcana will be published by Ravensburger, a recognizable name for anyone who likes the mouse company’s strategic board games, such as Disney’s Villainous, released in 2016. the end of 2023. Prices for the base game Lorcana and subsequent sets of cards have not yet been announced.

According to the press release announcing TCG, Disney Lorcana will feature Disney characters in both their original and reinterpreted artistic style. According to John Balen, Disney’s vice president of product design, it also “contains more original Disney illustrations than any other product ever created.” However, the collaboration will be specifically between Walt Disney Animation Studios and Ravensburger. This means that players should not expect Marvel, Pixar, or Star Wars add-ons to appear for Disney games, at least from the very beginning.

The game will take place in the world of Lorcan, where players will take on the role of a powerful sorcerer named Illuminator. Ravensburger brand manager Ryan Miller, who helped develop the Lorcana gameplay, explains that there is a place called The Great Illuminary, “a treasure trove of all the Disney songs and stories ever created,” including their various characters. As an Illuminator, the player will use his powers to revive these iconic figures and form a group of Disney characters for adventures.

As for the comparison with Pokemon TCG and MTG, Miller explains that Lorcana won’t be as competitive as Magic: The Gathering, but gamers can still count on strategy experience. “I would not say that we cooperate in any sense,” Miller said. “But I would say that we have reduced the level of confrontation.” The goal is to keep Lorcan accessible even for beginners, and people just like to play the game with their favorite Disney characters.

The premiere of Disney Lorcana is scheduled for the end of 2023.