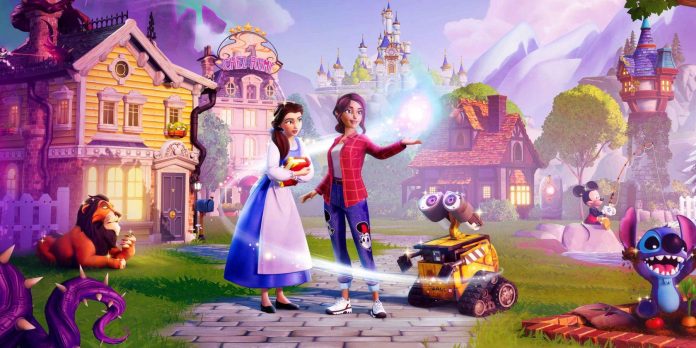 Being a free-to-play game under development, Disney Dreamlight Valley players probably expected some difficult progress constraints in the game. This is the nature of monetization of free games. However, when Dream Shards, the key currency needed to unlock progress in the game, blocked players in almost everything, Gameloft acted quickly. He gave 25 dream shards to the players directly, a temporary solution while the developers worked on a longer-term answer.

This answer has already been received: Thursday’s update for Disney Dreamlight Valley offers players many ways to earn dream shards in the future. Fragments of dreams will now fall out at an increased rate from the “Night Spikes”, which previously had a staggeringly low drop rate. In addition, fragments of dreams will begin to fall both from sparkling buried objects, and from feeding the creatures with something that they “like”. This should allow Disney Dreamlight Valley players to choose dream shards that match the gameplay they like.

However, the Dream Shard changes are not all the changes in the new Gameloft update. Various bug fixes, quality of life changes, and general improvements have also been made to Disney Dreamlight Valley. These changes include an increase in the font size of the text on the Nintendo Switch, an issue that causes characters to become invisible if they import clothes through the Avatar Designer Tool, reduced menu loading time, and a generally improved network reconnection system.

The fixes in today’s Disney Dreamlight Valley update won’t solve all the current technical issues with the life simulator, but we hope they will improve the overall experience for a decent number of players. It’s also a good sign that Gameloft will continue to release frequent updates for Disney Dreamlight Valley in the future, which should be a relief for those who paid for early access to the game.

It’s important to remember that Disney Dreamlight Valley is an early access game. The purpose of such an early release is to allow Gameloft to gather feedback and optimize the experience leading to a possible full launch of the game. Of course, players still paid real money for early access, but they did it knowing that Disney Dreamlight Valley wasn’t ready yet. I hope the players enjoy the game despite these problems.

Eternals: Collection Of Individual Posters And Description Of All Its Protagonists