Home Entertainment Disney Dreamlight Valley: How to report a Bug 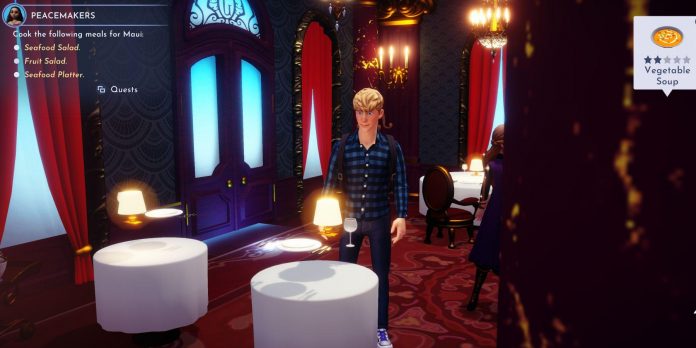 Gameloft is actively working on improving the game, as well as correcting all detected errors. This guide will show players how they can report any bugs they may encounter when they chat with all their Disney friends.

How to report bugs

When navigating through the Disney Dreamlight Valley menu, players will find the “Help” section. In this menu, there are options such as saving to the cloud, importing a player’s avatar, an end-user license agreement, and a number of other things. At the very bottom of the menu there is a link to the support service and the Discord server. It is highly recommended that Disney Dreamlight Valley players join the Discord server, as it is officially managed by Gameloft. If players don’t have a Discord account, they can create one for free.

After Disney Dreamlight Valley players register and join the Discord server, they must first agree to the server’s rules before they can post. Once this is done, players should find a channel marked “Bugs and Problems”. On this channel, players can report any errors they encounter.

The support link redirects players to a page that acts as a FAQ (Frequently Asked questions) for players who may have problems with the game. Although there is a lot of useful information on this page, there is no way to send a bug report on it. Disney Dreamlight Valley players who encounter an error should instead go to the Discord server and write a report there. The pinned message advises players to back up their saves if they can.

How to Write a Good Bug report

When it comes to actually submitting a bug report, players should do it as thoroughly as possible. First, they should describe in as much detail as possible what happened or what they saw. If Disney Dreamlight Valley players receive any screenshots of the error that occurred, it will be useful to include them in the error report. If possible and applicable, it may also be useful to attach a video about the error occurrence.

Since Gameloft will need to try to recreate the bug on its side to determine how to fix it, the step-by-step process described in the bug report will be very useful for the quality control team. As more updates are released for the game, more bugs will be fixed as early access progresses.

Virgin River: What Will Happen to Ricky and Lizzie on The...