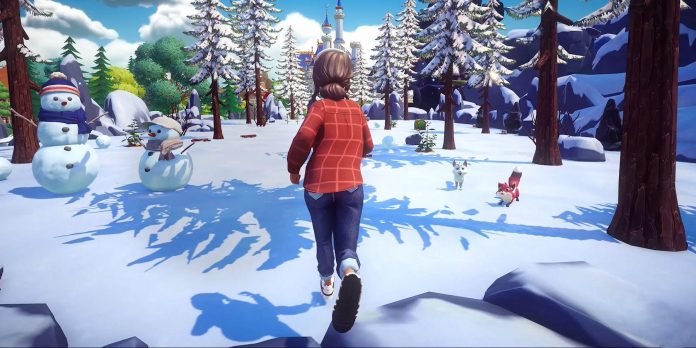 While players explore the Forest of Valor and Frosty Heights in Disney’s Dreamlight Valley, they will stumble upon numerous stumps covered with mushrooms. As is the case with most of the landscape in this life simulator game, these stumps act as obstacles that fans must remove in order to continue their progress. For those players who may not be clear how they should get around the mushroom-overgrown stumps in Disney’s Dreamlight Valley, this guide is here to help.

Disney Dreamlight Valley: how to remove stumps from mushroom trees

The first step to removing these annoying stumps is to travel to the Ice Kingdom through the portal on the second floor of the Castle of Dreams. To open this portal, players must spend 4000 Dreamlight, and they will be tasked with helping Anna and Elsa upon arrival. After completing the Realm quests for these Frozen sisters, Disney fans will have the opportunity to invite Anna to Dreamlight Valley, and that’s exactly what they should do.

Once Anna gets to Dreamlight Valley, players must talk to her and give her gifts to reach the 2nd level of friendship. After reaching this level, players must talk to Anna again and begin her friendship quest “Ice Invitation”. This quest ultimately gives fans the opportunity to upgrade their shovels in Disney Dreamlight Valley, and the shovel blade they attach to the tool can remove the stumps of mushroom trees.

To be clear, the improvement of the shovel is carried out on a workbench, and this requires ten conifers, four hardwoods, three parts for the workshop and four iron ingots. The wood needed for a shovel blade can be found near trees in many areas, and iron ingots and parts for craftsmanship can be made using iron ore as a base. Although none of these materials are particularly difficult to obtain, fans of life simulation games will have to make some effort to improve their shovels.

It should be noted that there is also a tool update that can be obtained by completing the friendship quest from Elsa. In particular, this update allows you to break through the ice that appears on Dazzle Beach and in Frozen Heights. Thus, players who like to explore in video games should prioritize visiting the Ice Kingdom and befriending its characters, as this will allow them to enter various areas that were previously inaccessible.