Home Entertainment Disney Dreamlight Valley: How to get solid wood 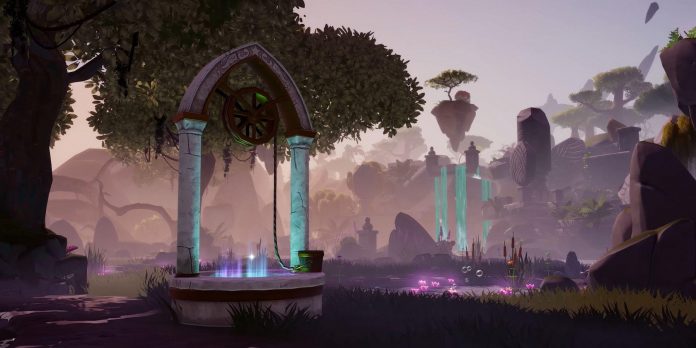 Solid wood is an important material in Disney Dreamlight Valley that players will need to collect to continue progressing in this life simulation game. However, finding hard wood can be a bit difficult, in no small part due to the fact that it is visually very similar to soft wood. For those players who may have trouble finding Hardwood in Disney Dreamlight Valley, this guide contains detailed information on exactly where they should focus their searches.

To find Solid Wood, players must pay attention to the ground near the trees in the Forest of Valor, the Forgotten Lands, Frosty Heights, the Glade of Trust and the Sunlit Plateau. While it will take some time for Disney fans to gain access to some of these areas, places like the Forest of Valor and the Glade of Trust can be reached fairly quickly. Indeed, players are likely to find their first hardwood in one of these two areas, and they can expand their collection into other areas as they move further.

As for what Hardwood looks like, it materializes in the form of several sticks stacked on top of each other. As mentioned earlier, this is exactly the form that coniferous wood takes, although there is a way to quickly distinguish between these two types of wood. In particular, deciduous wood is reddish-brown, and coniferous wood is closer to honey-brown, and this difference should be quite clear to fans of life simulation games after they see different forests a couple of times.

It should be noted that one of the things that players will use solid wood to make is a shovel blade. This tool update will allow fans to remove mushroom-overgrown stumps in Disney’s Dreamlight Valley, giving them access to new parts of the Forest of Valor and Frosty Heights. To be clear: the improvement of the Shovel Blade can be obtained by working on Anna’s friendship quests, and she can be found in the Ice Kingdom, which is accessed through a portal on the second floor of the Castle of Dreams.

And the last thing to mention is that there is actually a third type of tree in the game, and it’s called Dark Wood. As the name implies, this material has a very dark appearance, and it can only be found next to trees in the Forgotten Lands. By the time they reach this area, Disney Dreamlight Valley players should have a pretty clear understanding of both Softwood and Hardwood, which should simplify the definition of Dark Wood.