Home Entertainment Disney Dreamlight Valley: How to get clay 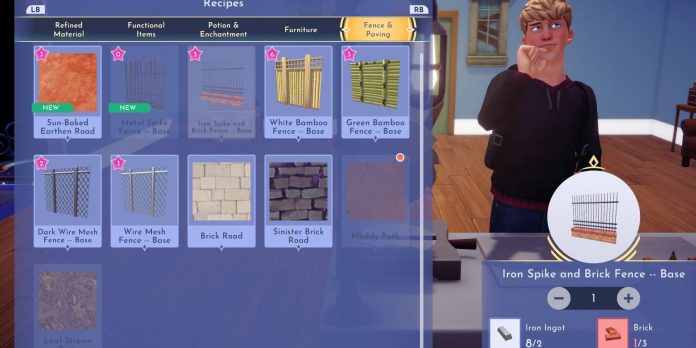 The village in Disney Dreamlight Valley consists of many biomes. There are many resources in these biomes that players can collect, and some of them are exclusive to certain biomes. The longer it takes to unlock the biome, the more valuable and versatile the resources are. One such example is clay.

Although clay isn’t exactly suitable for the endgame, Disney Dreamlight Valley players can’t get it right away. This guide will show players what they need to do to unlock one of the biomes, where clay can be found, as well as what it is used for.

In which biomes can clay be found?

There are only three biomes where Disney Dreamlight Valley players can get clay. These biomes are the Glade of Trust, the Solar Plateau and the Forgotten Lands. Of these three biomes, the first one that players will have access to will be the Clearing of Trust.

Depending on which biomes were unlocked by players at that time, players may have nothing to do there, but it’s enough just to unlock the biome. In addition to completing the quest to restore the Pillar of Friendship, players will not need to do anything to get the clay. However, if you take some food with you, it will help restore energy when collecting resources.

How to get clay

As soon as Disney Dreamlight Valley players discover one or more biomes where clay can be found, they will be able to collect resources to their heart’s content. But the game does not specify how players should do it. To get it, players just need to start digging with their trusty shovel. The drop chance is not as bad as Dreamlight Shards, so it won’t take players long to get a lot of clay if they are patient enough.

Since the mushroom wall blocks the bridge in the Clearing of Trust, players will only have access to half of the biome. While this will limit the number of ground players who have to dig to get a chance to get clay, it’s certainly a good start to getting this special resource.

What is clay used for?

Clay is used mainly for crafting, mainly for making bricks. As soon as Disney Dreamlight Valley players create one brick from five clay and one coal ore, more recipes will open. One of these recipes is an iron spike and a brick fence, which requires three bricks. Another item that can be made from clay is flower pots that can be used to decorate the village.

Since there are quite a few quests with a crafting-related goal, players are advised to stock up on clay and/or bricks to save time in the future.

How to Make (and intercept) transfers in Mario Strikers: Battle League