Home Entertainment Disney Dreamlight Valley: How to get an iron ingot 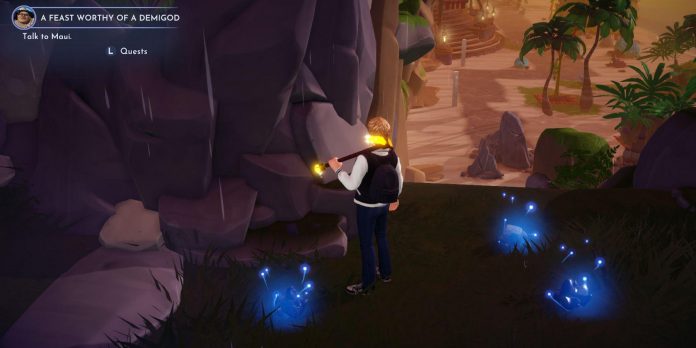 There are many resources in the Disney Dreamlight Valley, each with multiple goals. From cooking to crafting, everything has its uses. But some materials are a little more difficult to get, since they require resources coming from different biomes of the Dreamlight Valley. Going beyond the square and the peaceful meadow takes some time, but players who go further into the valley will discover all sorts of resources that will help them.

How to get iron ingots

One thing that Dinsey Dreamlight Valley players should know is that iron ingots are not really a material that can be collected. Instead, players will need to create it from other materials. To create an iron ingot, players will need five units of iron ore and one coal ore.

Where to find iron ore

Iron ore can be found when mining stones with a pickaxe. As mentioned above, different resources can be collected in each of the biomes that make up the Dreamlight Valley. Iron ore can only be mined in the Forest of Valor, Glade of Trust, Sunny Plateau, Frosty Heights and Forgotten Lands.

In the beginning, these are all biomes that Disney Dreamlight Valley players will not have access to. After completing the quest to obtain the Friendship Sphere, players will be able to use their hard-earned Dream Light to destroy the Night Spikes blocking the way to other biomes. Players should know that opening some biomes is especially expensive. For example, the “Glade of Trust” requires 5,000 dreams, and the “Forest of Valor” requires 3,000 dreams. Fortunately, Dreamlight is pretty easy to get, so it’s only a matter of time before players have enough Dreamlight to discover other biomes.

What are iron ingots used for?

With this in mind, Disney Dreamlight players will not regret if they make every effort to replenish their home inventory with a bunch of iron ingots. It will save them a lot of time and effort later.

A protective order was issued after Ezra Miller allegedly groomed a...