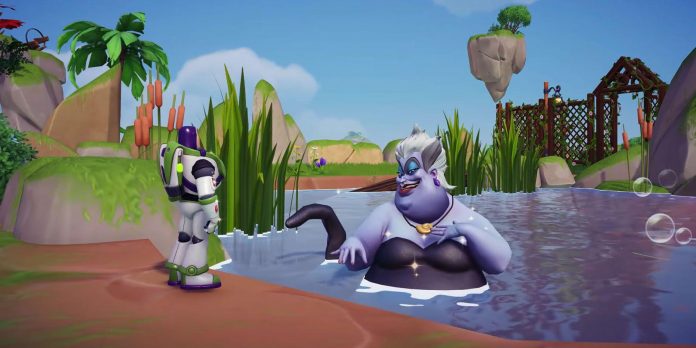 Gameloft’s recently released Disney Dreamlight Valley features a trailer showcasing additional content based on Pixar’s “Toy Story” that will appear in the game. This major content update was unveiled at this year’s Disney and Marvel Games expo, where a number of properties and games from the conglomerate were announced. This includes updates to Disney Mirrorverse, LEGO Star Wars: The Skywalker Saga, as well as Disney Dreamlight Valley.

Disney Dreamlight Valley is a life simulation game that allows players to live together with many characters from Disney and Pixar animation projects. This includes characters such as Mickey Mouse, Moana, Cold Heart, Wall-I and others available to fans. Players can play the game now, as it is currently in early access for all major consoles, and this “Toy Story” content will appear later this year.

This free Disney Dreamlight Valley update will be released late this fall, and players will have access to a new world based on Toy Story. Players will shrink to the scale of iconic toys, and this storyline will take place in Bonnie’s Room. The trailer already showcases so many iconic items and decorations that can be found in Bonnie’s Room. Now that the players are the size of a toy, Woody and Buzz Lightyear will take them for a toy. From there, players will work together with a dynamic duo, solving three quests in this world.

After these quests are completed, Woody and Buzz will move into the player’s world, where players will be able to watch how they interact with other characters who have moved. meeting with the Scar. Players can also style their character in Disney Dreamlight Valley with clothes and cosmetics based on these Toy Story characters. This includes outfits based on both Woody and Buzz, which gives the player the opportunity to become a space ranger or sheriff.

This game is currently available in early access on all major platforms, and the full version will be available next year. If fans want to play this game on multiple consoles, the game supports cloud saving and cross-progress for most platforms. Disney Dreamlight Valley Early Access players will also receive a privilege known as Founder’s Packs, which will contain a variety of cosmetic items and pieces of furniture that can be placed in their home. Players who received these awards during the early access period will be able to keep them when the game is released in 2023.