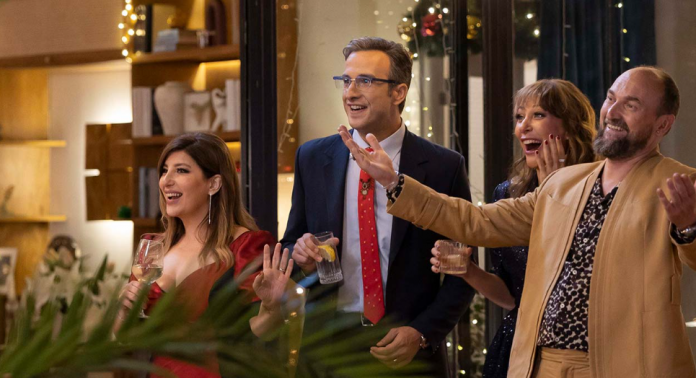 Disney+ has announced its new domestic film “New Year’s Eve“. The cast and plot of the film were also announced.
Disney+, which officially entered the Turkish market in June last year, continues to rapidly increase local content in our country. The platform, which has so far appeared with productions such as “Escape” and “Between the World and Me,” today announced its new in-house production.

The new local content of Disney+ is a New Year’s film written by Gulse Birsel, one of the most important figures on Turkish television. The platform also announced the theme of its new film and the cast.

You can subscribe to Disney+ by clicking on this link to get access to all local content, Marvel movies and unique documentaries, as well as New Year’s Eve!

New Year’s Eve will begin with the unpleasant news that Didem received on New Year’s Eve, who had been preparing for a long time to meet with all her loved ones on New Year’s Eve, hoping that the pandemic was coming to an end. Dide’s dream of celebrating the New Year with loved ones for several days is being destroyed due to the curfew announced at the last moment.

On the one hand, Ozan finds a solution by calling neighbors door-to-door to a party so that his wife, locked in the house during the pandemic process, does not have a bad New Year’s Eve, as he himself has been preparing for days. The film will show what this neighborhood party will lead to, where people who should never have met each other are mistakenly called. The release date of the film has not yet been announced.