Home Entertainment Disney Action-RPG Mirrorverse has got a new trailer 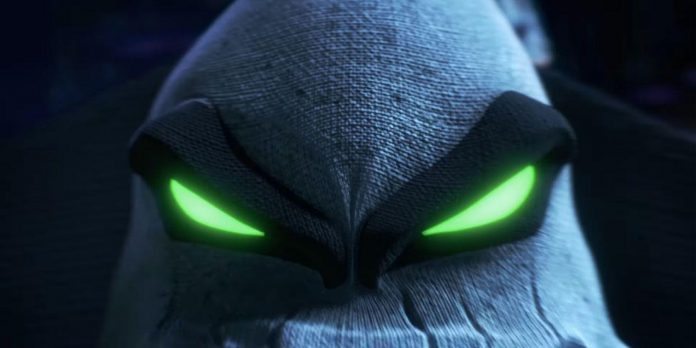 The new trailer for the Disney Mirrorverse mobile role-playing game features some of the biggest and most iconic villains from the Disney catalog that will soon appear in the game. Some of these villains come from many classic Disney cartoons, such as “Aladdin”, “The Little Mermaid” and even “The Nightmare Before Christmas“.

Disney Mirrorverse is focused on allowing players to play as some of the company’s heroes from a variety of animated and game objects, teaming up to protect the multiverse. The heroes, known as “Guardians”, get a redesigned alternate universe design, more battle-oriented. Disney Mirrorverse, released earlier this summer, with characters like Sally from Monsters Inc and Buzz Lightyear from Toy Story, which can be obtained using gacha mechanics. The list mostly consisted of heroes, and only a couple of villains, such as Captain Hook and Scar. This latest version adds to the list of classic villains that players can summon.

The trailer begins with Oogie Boogie from The Nightmare Before Christmas, who uses a mace to crush some of the splintered creatures opposing him while protecting himself with a spiked shield. The narration in the trailer even hints at the villains and their game appearance in this game, even noting that “sometimes the best hero is the villain.” The trailer then shows a redesigned Ursula, where she fights with her Tentacles Split and dark magic.

When the split creatures seem to attack the treacherous duo for the second time, a blue flame bursts out of the ground, signaling the appearance of Hades from Disney’s Hercules, indicating that he will be a character that players can also summon. The end of this trailer shows the three teaming up with Maleficent, a game villain from the Mirrorverse list, before disappearing into the frame of Jafar, indicating that he is likely to become part of the game list or be an antagonist. this is an upcoming event.

Given that Maleficent was the one who created Fractured and was originally the boss in the Disney Mirroverse, it’s likely that other NPC villains in the game were also going to jump on the list. In this regard, since the game also has story events that emphasize the crossover aspect, fans should expect interesting conversations between some of the game’s heroes and these newly added villains.

Fan The Last Of Us Makes Joel in Saints Row Boss...