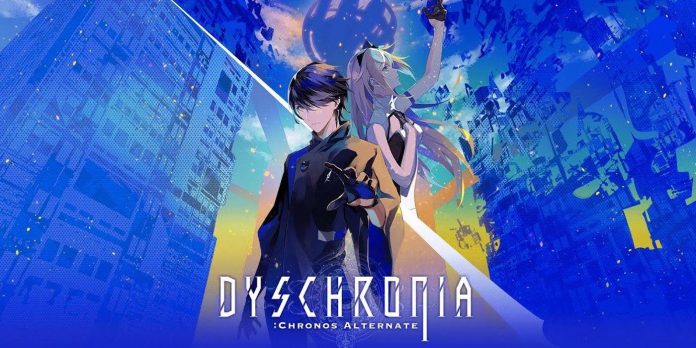 Dyschronia: Chronos Alternate is an upcoming VR game from MyDearest set to release on Meta Quest 2 soon. The game takes place in Astrum Close City, a futuristic location without crime, where the city’s founder is suddenly murdered. Players will control Hal, a Special Supervisor who must find the killer before it’s too late.

In order to solve this mystery, Hal will have to persuade the city’s Integrated AI and use an ability called Memory Dive to access the memories of nearby objects. Dyschronia: Chronos Alternate also has free movement, meaning players can roam around areas as they conduct their investigation. And although Episode 1 is launching on the Meta Quest 2 as a VR game first, it will soon be followed by a Nintendo Switch version.

Recently, Screen Rant discussed Dyschronia: Chronos Alternate with MyDearest CEO Kento Kishigami and Alberto Moreno, Head of International Promotion. Topics included how the development of Dyschonia was different from previous games MyDearest has done, how mechanics like Memory Dive work, and what’s in store for the game’s future.

Did the team have any specific goals in mind for Dyschronia: Chronos Alternate Episode 1’s development?

We wanted to make a game where you actively participate in the story, a more immersive one. With Tokyo Chronos we created a great story but we felt we didn’t use VR at its full potential. Then ALTDEUS came, and visually was an impressive VR experience but it lacked the interaction that VR can offer. With Dyschronia we wanted to make not just a good story, we wanted a good story you’re fully immersed in, a living world where you could feel part of it, a story that progresses with your discoveries and actions. What starts with one mystery keeps growing into a bigger story.

What were some inspirations behind Dyschronia: Chronos Alternate?

There are many sources of inspiration for Dyschronia. Books, movies, games… If we talk about books, “The Demolished Man” by Alfred Bester and “Harmony” by Keikaku Ito are a big influence. You can see some similarities with Dyschronia’s world setting. Regarding movies and anime, “Minority Report” and “Psycho-Pass” are big inspirations. If we talk about games, “Life is Strange” would be the biggest one. From its episodic release to the creation of an alive world that you can freely explore, “Life is Strange” has been a huge influence in the whole process of making Dyschronia. And then you have “Danganronpa”, obviously, and “Tacoma”, a wonderful game created by the developers of “Gone Home.”

Dyschronia: Chronos Alternate is quite a bit different from your visual novel games. Were there any challenges with making an adventure game this time around?

Every day there is a new challenge to face! Something that looks so basic as free movement was even a challenge at first. The players of our previous titles, Tokyo Chronos and ALTDEUS: Beyond Chronos, are already used to 0 VR motion sickness because those games only had slight warp movement so we had to develop free movement that doesn’t give the players VR motion sickness at all. And then we have the new mechanics, interactions, etc. Because in Dyschronia we don’t have the limitations we had in previous titles, the game designers keep adding new things over and over so someone has to say “please, stop, we have to finish the game one day!”. And that goes even for the graphic aspects, they love testing the limits of the Meta Quest 2.

However, I think our biggest challenge was taking away the “VR visual novel guys” label. Some people keeps looking at Dyschronia as “another VR anime visual novel from MyDearest” so we have to show every day that Dyschronia is much more, it’s the next big step in the Chronos Universe, with the usual good storytelling that won’t disappoint Chronos Series’s fans but much more, with more interactivity, using all the tools VR gives at a immersion and graphical level.

And what were some advantages to making an adventure game instead?

There is no limit to what we can do! Do we want to have a stealth section? It can be done. Do we want to do a shooting scene in the story? It can be done too! Overall, it’s really fun to make. Hard? Yes, without a doubt, but now we can use all the tools we can imagine to create a story and make it more immersive to the players.

As a VR title with free movement, can you share some more about how investigations will work?

In Dyschronia you have two settings: the real world, Astrum Close city, where you focus more on the interaction with you environment, interacting with objects, solving puzzles, escaping from danger, and the dream world, [and] Augmented Reality, a shared dream of the citizens of the city where you gather information from the citizens. The main tool you use during your investigation is Memory Dive, the power of travel back in time touching objects to see and change the past around them, but you’ll have several different parts during your investigation, gathering clues and then bringing them to the AI during the trial section. We could say during your investigation you have the VR interaction part (real world) and the VR visual immersion part (Augmented Dreaming).

Hal’s Memory Dive ability sounds really cool. Can you explain more about how that works and the ways in which it affects the story?

Hal is a variant, part of a small group of persons with special powers. Each of them has a different power like Premonition Dreaming (Maia), Dream Sharing (Noel) and, finally, Memory Dive (Hal), a mix between psychometry and time leap. Memory Dive starts like a tool that helps you during your investigation as being able to travel back in time of some of the objects you hold is useful enough to investigate a murder, but it has a bigger impact after progressing in the game. Messing with time is always a good source for big events! It’s a Chronos game so “time” will play a big part in the whole story.

Dyschronia: Chronos Alternate is coming to Switch as well. What kinds of differences can we expect between the Switch and VR versions?

The reason behind the Switch version is because their controllers are very similar to the Meta Quest’s ones so both versions shouldn’t have a big difference besides the usual difference between a VR experience and a flat screen one.

With Episode 1 set to release later this year and additional episodes later on, is there anything you can share about what we can look forward to seeing in the future?

In a close future, Dyschronia’s demo and more participation with the community. We’ll distribute the demo on our Discord server and we’ll keep getting the players involved in the making-off the game. When we told the community that they could decide the News Broadcast program’s name that appears in the game so many people had fun discussing and thinking in names so we’ll keep doing that, crediting in the game to those whose ideas were selected.

If we talk about a further future, after our first adventure game we’re crazy enough to follow up with the development of a VR multiplayer game. We already got feedback from the community with Project: Gathering to help us to decide what game they want us to make. It’s going to be our biggest project until now and most probably, the biggest VR Multiplayer game that the Japanese gaming industry has ever made.

Halle Berry Wants To Reimagine Catwoman And Direct A Remake Of...