Home Entertainment Disgaea 6 Complete: what to do after completing the game 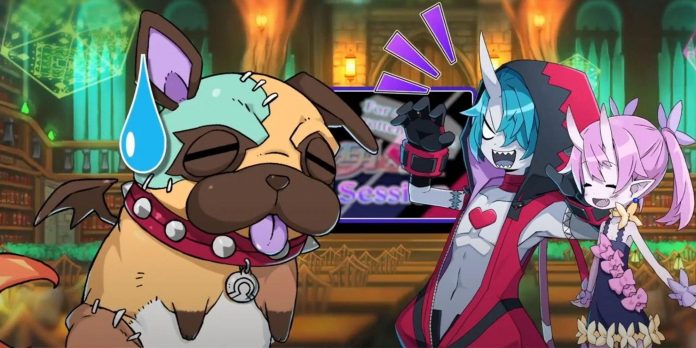 After the players have gone through the main plot of Disgaea 6, there is a lot of endgame content to keep the players occupied. Disgaea 6 is a Japanese role—playing game that follows the zombie Zed and his dog Cerberus in two quests: to defeat the God of Destruction and stop the destruction of the universe by the hands of the Super Sage Misual. The game is a turn-based role-playing game with a lot of unlockable content, opportunities for grinding and testing. Many of them are available only after completing the game.

There are 21 unique characters in Disgaea 6, and players can work on unlocking them in the endgame if they haven’t already. These characters must first be activated in the DLC store, after which players can go to the corresponding world, complete the stage and unlock the character for the list. Although some characters are included in the base game or are unlocked in the main story, many of them come with DLC.

Players will find several new quests, gain access to more Martial Dimension challenges, unlock additional challenges, be able to raise the maximum level of their character and replenish their list of characters after completing the main story in Disgaea 6. This is a game that offers tons of endgame content, so players will always find something new for themselves. Once players feel that they have completed everything in the game, they also have the option to reset all progress and start the game from the beginning.

What to do in Disgaea 6 after completing the game

To get access to most of the endgame content, players need to go to the central area of Netherworlds. From there, players can find the quest board. Players will also be able to participate in Carnage Dimension and Martial Dimension, which offer a variety of endgame games. Below are all the actions that players will be able to perform after defeating Disgaea 6:

Unlock all the characters. Some of the bonus characters are included in the downloadable content, while others can be unlocked by taking challenges and completing stages. Complete new tasks to earn Omega Scrolls. After completing the main game, new quests will open so that players can farm levels in Disgaea 6. These quests will give players Omega Scrolls that they can use for Omega level spells. Complete the tests in the Combat Dimension. The combat dimension is unlocked in the main game, but players can only pass the first test. By completing the accounts in the Dark Assembly, players can unlock 5 other challenges that are progressively more difficult. Accept challenges. After completing the main game, players can transfer bills to the Dark Assembly to accept challenges. You have to complete several tests: the test of the Overlord, the test of the super-ruler and the measurement of Rakshasa. Increase the maximum level for game characters. Players can increase the maximum level of characters by spending karma. Players can farm karma in Disgaea by performing D-merits and increasing the power level. Challenge the dimension of carnage. Carnage Dimension, a mechanic that was used in previous games of the Disgaea franchise, allows players to replay old cards at the Carnage difficulty level. This is a huge leap in terms of difficulty, but if players can complete this task, they will unlock some bonus characters and increase the maximum level. Reset the game in the time travel store. This will return players to the main story, but they will be able to keep all their unlocked progress, including upgrades and items.

Henry Cavill Interested In Playing Captain Britain In The MCU: “I...

Free Fire: what they are and all their characteristics