Home Entertainment Disgaea 6 Complete: How to unlock all classes of people 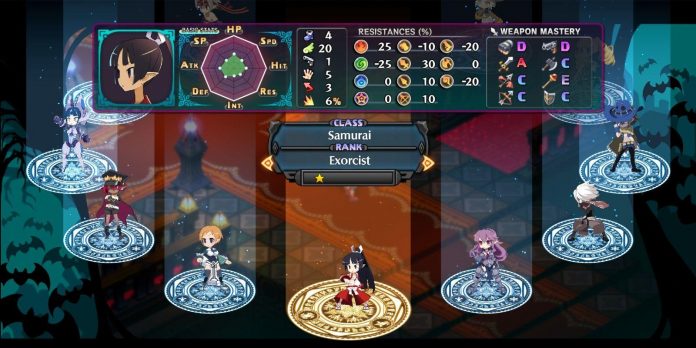 With the recent release of Disgaea 6 Complete, a port of the game for PC, many players will want to unlock all human classes as quickly as possible. In the strategic gameplay of Disgaea 6, updating and customizing the player list is a key component of success. While the creation of monster allies takes some time, it is possible to collect all human classes quickly, easily and already in the second episode.

Access to a large list of units is very important for players who want to progress in Disgaea 6. Unlike other games of the turn-based tactics genre, the games of the Disgaea series are clearly focused on bringing the characters to an insane level of strength to cope with the most difficult of the post-game bosses. Acquiring the best characters is crucial for tactical games, and Disgaea 6 goes further than most, allowing characters to level up like any other game class to unlock unique passive abilities. Finding the perfect combination of passive skills can be fundamental to different styles of play, as a number of human classes are extremely effective in the hands of the player.

Each human class in Disgaea 6 is either unlocked at the beginning of the game, or is a reward for a side quest available on the quest board. Players wishing to purchase additional human classes will have to complete the corresponding quest and return to the quest board to unlock the class. Class unlock quests for human classes are based on the same formula: get a certain amount of experience for one or two specific classes. This makes unlocking characters a natural part of the game’s development system.

Unlocking these human classes in Disgaea 6 has become easier thanks to the new Quality of Life features for the grind. Players can easily leave the game open in Episode 2, Map 3: Rich Men’s Square. With the “Autoboy” and “Auto-replay” features added to this new installment of the series, players will be able to quickly gain the class experience needed for each unlock quest. Players are advised to change the game settings to remove or speed up the animation to reduce the time it takes to complete the map. Below is a list of all the requirements for human classes in Disgaea 6, which players should be able to easily obtain using the quick technique to unlock characters described above: