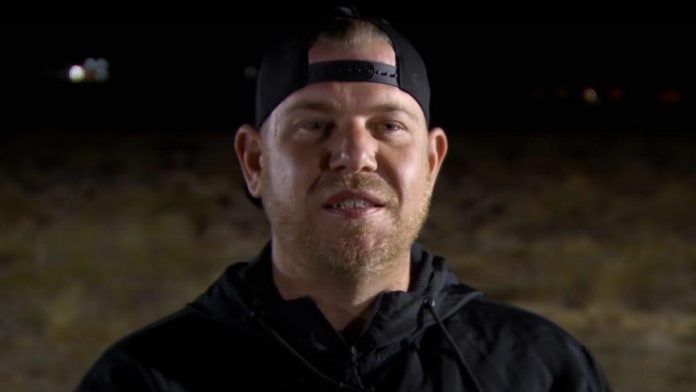 The star of the racing series Street Outlaws: Fastest In America has died. 41-year-old Ryan Fellows died in a car accident that occurred over the weekend during the filming of the series in Las Vegas. Discovery released a statement on the death of Fellowes and expressed condolences to the family and friends of the driver.

The accident that claimed the life of Ryan Fellows occurred early Sunday morning, during the eighth of nine races scheduled for filming. TMZ reported that Fellows was driving a gold Nissan 240z and lost control near the finish line. The car overturned and caught fire, and the people who arrived at the scene could not get him out of the car in time. Filming was halted the day after the accident, and Discovery released a statement acknowledging the loss of the Street Outlaws family.

The Street Outlaws family is heartbroken over the accident that led to the tragic death of Ryan Fellows. We extend our deepest condolences to Ryan’s loved ones who are going through this sudden and devastating loss.

Ryan Fellows is survived by his wife Liz, as well as eighteen-year-old son Josiah and ten-year-old daughter Olivia. GoFundMe is being distributed online to help the family perpetuate the memory of his life, as well as to help the family with expenses after his unexpected death. GoFundMe hopes to reach the $50,000 goal and has already passed the $10,000 mark as of Monday afternoon.

The original Street Outlaws were first launched on Discovery back in 2013 and over the years have inspired the creation of several spin-offs. Fastest In America is a spin—off in which eight of America’s fastest racing teams compete for a chance to win $100,000. The show premiered in 2020, and the last new episodes were broadcast in March 2022.

This tragedy is just the latest car accident for Street Outlaws in 2022. TMZ reported that stars JJ Da, the boss, and Tricia Day were involved in a serious car accident in different cars back in January. The accident was so serious that Day noted on Facebook back in April that they had been walking by themselves only since March. Day also noted during the video that they often talk about the risks of their profession and that every day is not a given. Their accident was later featured in the TV series Street Outlaws: America’s List, as well as in its aftermath.

Accidents in Street Laws are not uncommon, as Distractify noted that several racers of the series in the past and present have been in serious accidents during races and during the filming of the series. Racing in the franchise definitely comes with some risks, and after this latest accident, one wonders if it will affect the safety protocols for the flagship show and its spin-offs. Perhaps this will help prevent another tragedy in the future and help the film crew to remain as safe as possible during the filming of currently planned projects, as well as any new shows in the future.

CinemaBlend expresses its condolences to the family and friends of Ryan Fellows and wishes them all the best during this difficult time.

10 couples who met on a reality show without dating