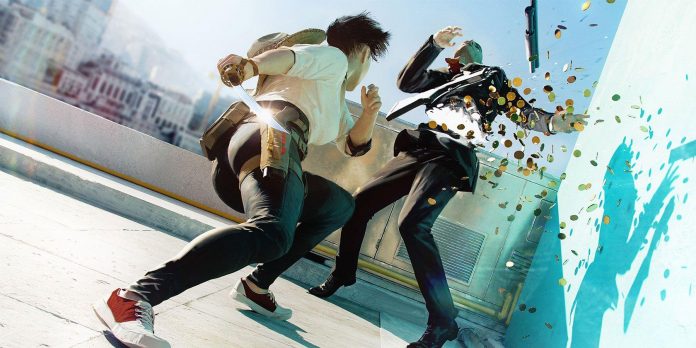 It’s been four years since Patrick Soderlund left his senior positions at EA and DICE to found his own game development company, Embark Studios. So far, the new studio has not released any games yet, but previously stated that it has several projects in development. Although fans already know that one of them is ARC Raiders, Embark mostly keeps silent about the other games he is currently working on. However, since the release of ARC Raiders was recently postponed, Embark is now ready to talk about his other game, which is apparently close to completion.

In a recent blog post written by Soderlund, the CEO explains that in addition to completing ARC Raiders, his team is currently also working on a first-person team shooter codenamed Project Discovery. However, this new FPS apparently went unnoticed, as Embark actually shared a small teaser showing some early footage of the game last year, just a month before ARC Raiders was unveiled at The Game Awards 2021.

Although the footage gives little away, it shows that the characters are controlled from the first person. Fans can also see that the game is set in the present day or possibly in the near future, and the Project Discovery concept art posted on the blog seems to confirm this guess. Unfortunately, so far this is all that can be said about the Discovery project, but Soderlund promises to reveal more detailed information about it very soon.

Although the release window is not revealed, the message hints that Project Discovery is launching earlier than ARC Raiders. Soderlund explains that the game is being developed by a team of FPS veterans, and that development is progressing faster than the studio originally intended. So much so that it gave Embark the opportunity to release two games at the same time.

Soderlund is quick to point out that, given the relatively small size of the studio, it would be far from ideal to release two games in such a short time, both in terms of resources and in terms of the capabilities of the team. Earlier, Embark mentioned that in its third year of existence it has grown to more than 250 people, but apparently many of its team members are divided between ARC Raiders and Project Discovery.

In the end, Embark decided to choose Project Discovery, and this will be the studio’s first game released to the market. Hopefully, it will be released much earlier than ARC Raiders, and with the polish that players can expect from the former creators of the Battlefield series.

The Discovery project is currently under development.

This is Minabo, The Surprising Social Simulator From Devilish Games