Home News Discovered a planet beyond Neptune: The newly discovered celestial body in the... 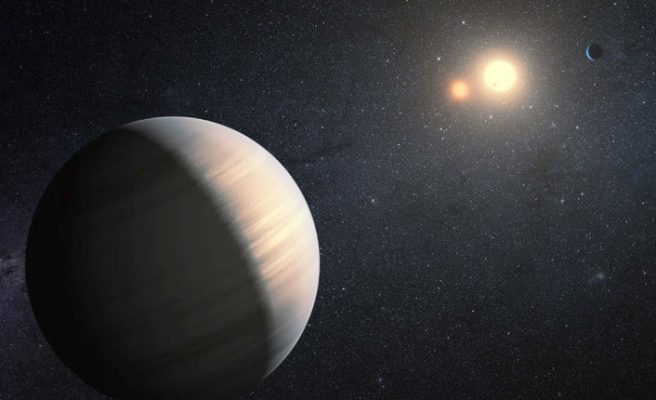 Discovered a planet beyond Neptune: The newly discovered celestial body in the Gliese 15 binary system was recorded as a very rare planet in this sense.

Scientists have discovered a greater planet than Neptune in a binary system close to our system. The distance between us and this planet is only 11.6 light years.

Through the Italian Telescopio Nazionale Galileo (Galileo National Telescope), scientists studying space discovered an alternate planet called super-Neptune. Located in a dual system, this planet is only 11.6 light-years from Earth. The size of the planet, which is larger than Neptune, is 5 to 7 times larger than the size of the Earth.

Most planets found so far were either in the so-called super-Earth structure or in the so-called gas giant like Jupiter. The newly discovered celestial body in the Gliese 15 binary system was recorded as a very rare planet in this sense.

The Gliese 15 binary system consists of planets rotating around two red dwarf stars. Scientists began to show interest in this system in 2014, after the discovery of a super-Earth in the system. This super world called Gliese 15Ab is very close to its stars and completes one year in 11.4 days.

Astronomers have now discovered a new and enormous planet in the system. The mass of this planet is estimated to be 36 times the mass of the Earth.

Researchers who discovered the planet discovered this discovery in a method called Doppler spectroscopy. This method examines the small movements of the stars and the effect of the planets around them on the stars. Even though the planets are much smaller, they apply gravity to their stars. Astronomers explore the existence of planets by studying these small effects.

One of the researchers. Pinamonti, this planet is the planet with the longest period discovered by Doppler spectroscopy, he said. With the discovery of the existence of the planet Gliese 15Ac, this system became the closest multi-planetary system to our Solar System.