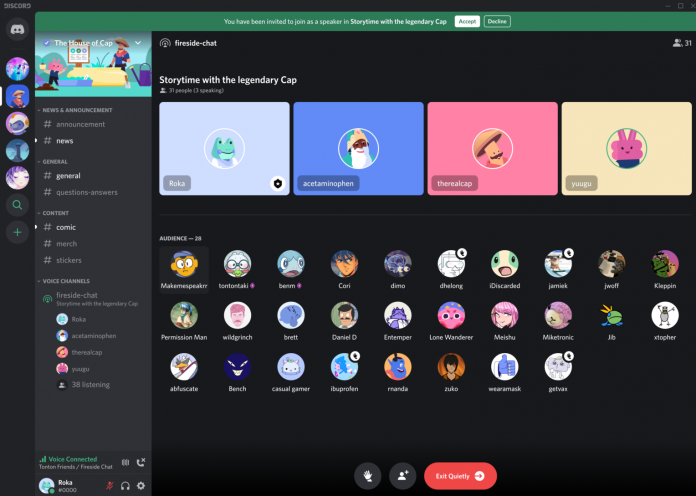 The clubhouse’s rapidly growing popularity has affected many major mobile applications. Facebook has demonstrated a work like this and started testing Live Sound rooms. Twitter continues to develop the beta version for the Spaces feature. In addition, platforms such as LinkedIn, TikTok and Telegram have already started to prepare their own voice chat rooms. But Discord took action above all and released the expected innovation.

The new Discord feature, released under the name of Stage Channel, is quite similar to Clubhouse in many ways. Public speaking rooms will be moderated by moderators to control who gets the microphone. In addition, the participants will raise their hands and ask for permission to have a say.

Unlike many similarities with Clubhouse, Discord’s Stage Channel feature will not show all available live events to users on the homepage. In the discovery menu on the platform, only the activities of the groups you are in will stand out. You will rarely encounter other large communities.

The Discord platform has now rolled out the Stage Channel feature on Microsoft Windows, macOS, Linux, iOS, Android, and the web. Although some users stated that they had difficulty accessing the new feature, the company said that chat channels can be accessed by updating from the app store.

Considering that the Clubhouse application does not serve Android users yet; Can Discord stand out on this platform and other operating systems in your opinion? Don’t forget to share your ideas with us.