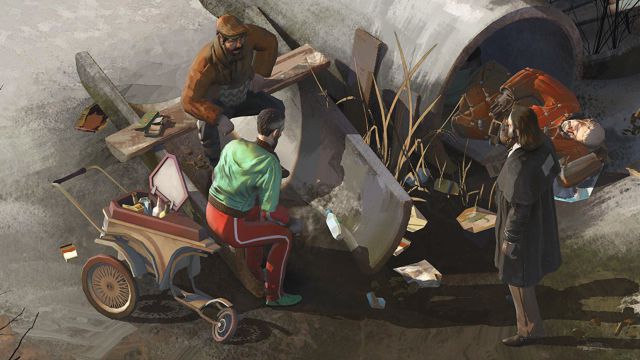 The study says it is not ready to say goodbye to the world they have created, of which there is still much to explore.

The future of Disco Elysium passes through Disco Elysium. This has been confirmed by ZA / UM by the hand of screenwriter Helen Hindpere, who has declared her intention to continue with the saga beyond The Final Cut, the improved version of the original game that will arrive on PC and other platforms. Although she has not gone into details, she has made it clear that the intention is to take advantage of the universe to build more experiences in the future.

“The future has more Eysium, we have spent years designing the world and we are not ready to abandon it yet,” says Hindpere. “Martinaise is only one part of Revachok, and Revachol is only one capital among many others. Who knows what the future will bring us? ”She wonders. Of course, we do not yet have the keys to discovering what this independent study has planned for the long term.

What we do know is that ZA / UM continues to finalize Disco Elysium: The Final Cut, a definitive edition that still does not have a definitive release date (it is known that it will be released in March), although the developer intends to announce it in the coming days. The game, originally released for PC, will also see the light on other systems, specifically on PS4, Xbox One, Xbox Series X, Xbox Series S and Nintendo Switch.

Disco Elysium is a role-playing game whose main characteristic is that it does not have a combat system, since its gameplay is developed through dialogues. Although initially it was not translated into Spanish, ZA / UM had the CLAN DLAN team, which implemented the subtitles a posteriori.

This production will not only be expanded through new games, but also with an audiovisual product for television produced by the producer of Sonic The Hedgehog: “We are very satisfied with the response that Disco Elysium has received, and very happy to collaborate with dj2 on expanding the brand to other media and new audiences, ”Hindpiere commented when the deal was announced.

Sabrina’s Dark World: series to be continued in the comics