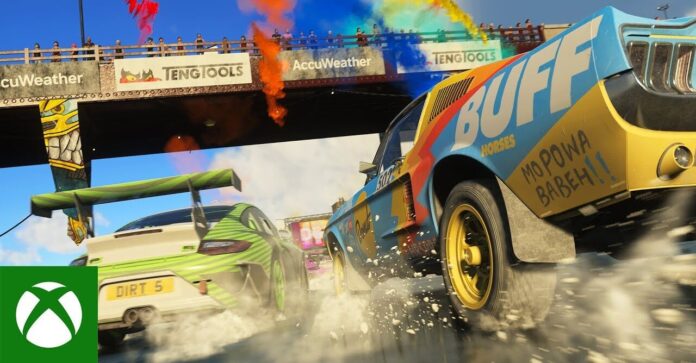 It was announced that the new game Dirt 5, the legendary game series Dirt, will be released in October. Thus, we will have a new Dirt game for the first time after 2017.

Codemasters announced that Dirt Rally 2.0 will not receive any new updates in the past days. The company announced its new game just a few days after this announcement. Dirt 5 will have new features and the two races will never be the same, according to the producer company. The game will be out in October.

The images we see in the promotion where the game was announced also provide information about how the racing simulations will look in the new generation consoles. When we look at the video, we see that the races are held in different regions such as the USA, China, Norway and Brazil. Also with this game, for the first time, 4 players will be able to play together by dividing the screen.

Career mode is also coming:
We see a different career mode in the new production of the series. Our goal in this mode is to find more sponsors and compete to deserve the money from these sponsors. We also have a mentor in the game, and this mentor is voiced by Troy Baker, whom we know from The Last of Us series. Our biggest rival is voiced by Nolan North, with whom we are familiar with Nathan Drake.

Dirt 5 can reach 60 fps at 4K resolution. It is also possible to play the game at 120 Hz. The game comes with a system called Smart Deliver. In other words, the visual quality of the game varies according to the console where you play Dirt 5.

The first game since 2017:
The last of the main games of the Dirt world was Dirt 4, which was released in 2017. Dirt Rally 2.0 came out in 2019, but rather focused on the rally concept. Like other games at Microsoft’s Xbox event, Dirt 5 is optimized for Xbox Series X.

The new consoles, which are expected to be released soon, will offer players new content. Dirt 5 also seems to be one of the first and most important games of new consoles. What do you think about the Dirt series?

5 Dramas where Woo Do Hwan shone for his performance and...

BLACKPINK has already started the recordings of their new album

Notable Claims About The Next Game Of Resident Evil Series

Ferrari Has Been The Most Valuable Car Brand Of The World...