Home Entertainment DiRT 5 Will Receive Cross-Play in its Next Update; Date and Contents 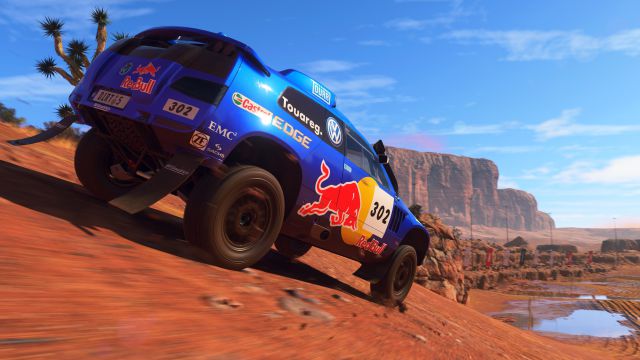 DiRT 5: Codemasters will add cross-play features in the next DiRT 5 update. PS5, PS4, Xbox, and PC players will be able to play with each other. DiRT 5 will receive cross-play features on May 11. As part of the Red Bull Revolution update, Codemasters’ work will connect PS5, PS4, Xbox Series X | S, Xbox One and PC players regardless of their platform. Throughout this year it will do the same on Google Stadia.

As we said, the main key of this update lies in the cross game. As indicated on their official website, this function claimed by the community “will allow all public meeting points to connect players from different platforms in one place, which enhances online activity when you want to enter.”

The function is added as an option in the settings menu; If you prefer, you can continue playing with those of your same platform. On the other hand, the update incorporates free content related to energy drink, such as 8 special designs for the following vehicles: Audi S1 ​​EKS RX quattro, MINI John Cooper Work Buggy by X-raid, Peugeot 3008 DKR Maxi, Volkswagen Race Touareg 3, Peugeot 208 WRX and the Porsche 911 RGT.

Regarding the Playgrounds mode, where you can create and play community mods, the Red Bull bow has been added, used in real life for competitions where it is sponsored. The ability to place wet and stormy conditions on maps created in Arizona, South Africa, and Italy will also be added.

The update will arrive on the same day as the crossover game: next May 11 on the platforms discussed above. The patch also includes technical improvements, corrections and optimizations for all versions, in addition to being able to have phantom time trials and Playgrounds. You are given the opportunity to select if you want to run by viewing the silhouette of other players’ marks in real time.