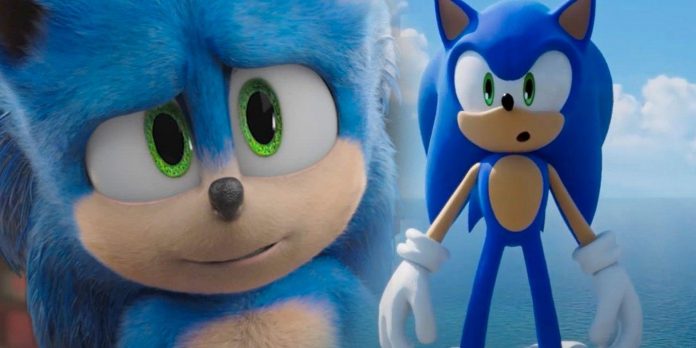 The director of Sonic Frontiers told how the upcoming game was influenced by live action Sonic the Hedgehog, especially when it comes to combat. The recent preview of Sonic Frontiers at Summer Games Fest gave players the opportunity to take a detailed look at the game mechanics of the open world and adventures, and although the new trailer was received ambiguously, hopes for its release are generally high.

Sonic’s popularity has risen again, thanks in part to the recent success of the Sonic the Hedgehog 2 movie, and Sega has certainly taken advantage of that. After the film’s recognition, Sega released several press releases for the upcoming Sonic Origins, an updated collection of four retro Sonic games, as well as Sonic Frontiers, the newest main part of the franchise. Over the past few days, Sega has released several trailers that gave fans their first glimpse of the open-world Sonic Frontiers gameplay, and in one trailer, fans saw a fight in Sonic Frontiers. A few keen-eyed viewers of the combat trailer may have noticed some similarities between the Sonic Frontiers combat animation and its cinematic counterpart.

In an interview with IGN, Sonic Team director Morio Kishimoto talked about how the Sonic movie inspired Sonic Frontiers. Kishimoto was impressed by the animation of the film and even said:

“The first movie [Sonic the Hedgehog] really took me by surprise. We focused on how Sonic should run, jump and fight in our games, but the film showed us a completely new approach. They came up with a great interpretation of Sonic, which became a huge source of inspiration for the development of Sonic Frontiers.”

In addition to using the animation from the film as the basis, Kishimoto most assimilated the look of the fight, noting, “The direction we chose for the fight was inspired by the film. After watching it, I had a vision of the fight in the game.” IGN further reports that Sonic Team has also posted other links to the film in Sonic Frontiers and hopes that the team’s work can affect future Sonic films in the same way they affected Sonic Team. “It’s nice to have such a positive rivalry. For example, if movies do one thing, we would like to counter that in our next game, and vice versa,” Kishimoto said.

Studying the Sonic the Hedgehog movie may have helped Kishimoto and Sonic Team in terms of animation, however, the Sonic Frontier open world formula may have created other problems. One of the main concerns of fans was that, although Sonic Frontiers looks beautiful, it is relatively empty compared to other open-world games. The fact that it’s still scheduled for a festive release date of 2022 is a bit confusing for those hoping for a flawless experience. However, Kishimoto made it clear that he understands the importance of combat encounters in open-world games.

While Sonic Frontiers has some challenges ahead, it’s nice to see the positive impact between source and by-product that the Sonic franchise is showing here. Perhaps the greatest achievement of the Sonic films was the accurate representation of the source material, which helped break down the barrier between Hollywood and games. If the success of Sonic Frontiers is explained by the lessons learned from the film, then this barrier can collapse much faster.

Volkswagen may overtake Tesla and become the largest manufacturer of electric...