Home Entertainment Director of Godzilla vs Kong: There Will Surely Be A Winner 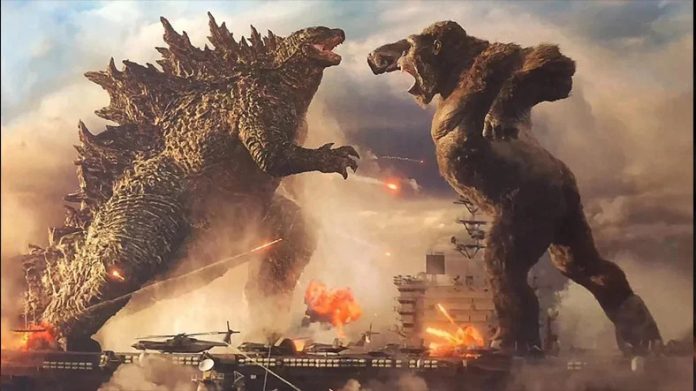 Contrary to the expectation of a draw in Godzilla vs Kong, it is stated that one side will definitely win in the film. Very few films have been produced this year due to the punch hit by the coronavirus pandemic on the film industry. The movie Godzilla vs Kong has started to come to the fore both because of its cult character and because of movie lovers who are hungry for the movie.
Speaking to the IGN team about Godzilla vs Kong, which has become the most anticipated production of 2021, director Adam Wingard made important statements 1 month before the release of the film.

For years, Godzilla vs King Kong encounters have been held in the internet world, everyone was putting their favorite cult character one step ahead. You can find tens of thousands of titles and hundreds of thousands of posts over the years especially on this subject. Wingard plans to put an end to this struggle on March 26, 2021.

Gozilla vs Kong: the big fight begins and ends

Godzilla vs Kong, which fans consider to be a boxing match between Muhammad Ali and Joe Frazier, will end the curiosity of years. Adam Wingard states that there will be a clear winner in this challenge. “I wanted this movie to feel like a real encounter,” he told IGN. After the movie, I want the discussions to end. This will be the final result. Godzilla and King Kong are there, beat each other to death. Finally someone wins. That’s it.” Wingard’s comments provide us with important information about the movie.