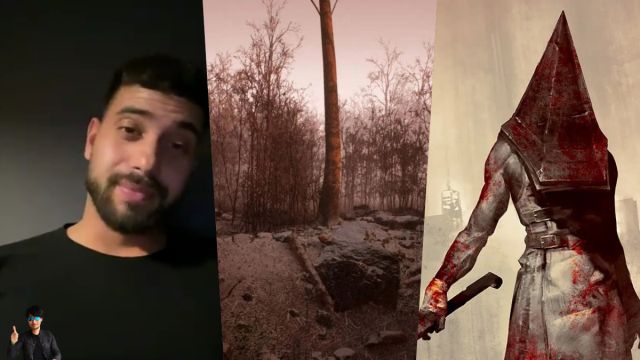 Abandoned: This standalone project will be released as a console exclusive on PlayStation 5, but will also see the light of day on PC. Around with the summer soap opera, and that has just begun. Abandoned is a first-person horror game coming to PS5 and PC, but it has been surrounded by all kinds of rumors. And it is that there are not few who have pointed out the possibility that Hideo Kojima (Metal Gear Solid, Death Stranding) is behind the project. Despite the fact that Blue Box Game Studios has hinted at the name of Silent Hill in their tweets, the team has categorically denied that they are collaborating with Kojima or that they are developing a new game in the series. Now, Hasan Kaharaman, head of the study, has influenced it through a video.

“I wanted to show myself in a short video to show that I am a real person and that I am not associated with Hideo Kojima. I’m not an actor and I’m not working on Silent Hill, ”he says. In addition, he assures that they will try to organize a question and answer session to clarify the issue, something that has also been suggested on social networks.

“We want to respond to the rumors one last time,” they posted in another tweet. “We are a small indie studio with real people working on an exciting game. Our intention is to make a streaming of questions and answers in which you can ask all the questions that allow to clarify all the confusion and rumors. We just want to balance expectations. ”

Without Kojima, but with its own application

One of the reasons that have led some to think that Hideo Kojima could be behind this whole strategy is that Abandoned will present itself in a very particular way. Its gameplay trailer will be seen through an application designed specifically for PlayStation 5, which will be available for download from Friday, after a short delay. Thus the things, the video will project its graphics using the hardware of the console.

Abandoned will go on sale on PS5 and PC, scheduled for this year 2021.