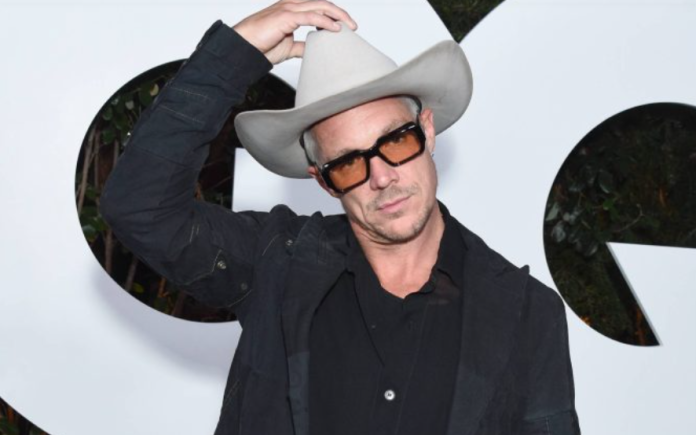 Diplo was pictured wearing traditional Qatari clothing while performing in Doha as part of the current 2022 FIFA World Cup.

The producer is in Qatar to perform as part of Major Lazer at the Daydream Festival, which is held as part of the celebration during the tournament.

Last night (November 23), Diplo shared photos on social networks in which he watches the match between Spain and Costa Rica, which ended with a resounding victory of the Spaniards with a score of 7:0.

Sharing a photo of himself in a long Qatari shirt called tobe and a headdress from gutra, Diplo wrote: “Damn it, Spain, 7-0, I’m not even paying attention, I just want to make sure my hat looks good.”

His bandmate Major Lazer Ape Drums shared another video on his Instagram story, including one of the videos in which Diplo pretends to sell goods outside the stadium.

“How are you, habibi? What do you want?” — he said to the camera. “Whatever you want, I’ll get for you. I have anything for you.”

See photos and videos below.

damn spain up 7-0 i’m not even paying attention I just wanna make sure my hat thing looks alright pic.twitter.com/gpyXV4oxpE

The 2022 FIFA World Cup will be held from November 20 to December 18 in the capital Doha and its surroundings amid ongoing criticism over the deaths of migrant workers during the construction of stadiums and the country’s views on homosexuality, which is illegal in Qatar. .

Yesterday (November 23), the German team protested to FIFA before the game with Japan, closing their mouths, posing for a pre-match photo. Earlier this week, Germany was among seven European countries, including England and Wales, to announce that they will no longer wear OneLove armbands in support of LGBTQ+ during the games after the threat of sports sanctions from the governing body FIFA.

England coach Gareth Southgate has previously promised that his players will talk about human rights violations during the tournament. “As for the LGBT community, we stand for inclusivity, and we are very, very strong in this,” he said. “We think it’s important for all our supporters.”

Many artists have distanced themselves from the World Cup, including Dua Lipa and Rod Stewart, while Melanie C said she would be “uncomfortable” performing at the 2022 World Cup as an ally of LGBTQ+.