Manchester United moved up to fifth place in the Premier League standings after a hard-fought 1-0 win against West Ham at Old Trafford.

United’s only goal was scored thanks to Marcus Rashford, who powerfully headed the ball into the net beyond Lukasz Fabianski’s reach.

However, despite Rashford getting his plaudits, and rightly so, it was United’s defensive resilience in the second half that ensured they got all three points.

At the center of this masterstroke from behind was Diogo Dalot.

The Portuguese quickly cemented his place in the team and is currently the only outfield player who has started every game since Eric ten Hag took over at Old Trafford. ‘

The defender again showed his class and why he is an irreplaceable player.

Dalot made an astounding five ball returns and the same number of ball takeaways.

The 23-year-old won four ground duels against West Ham’s physical and aggressive forwards to ensure that none of them violated David de Gea’s goal.

He completed 100% of his long passes – 4/4, demonstrating his technical improvement of the ball under the guidance of Ten Haga.

Dalot also made four key passes and won many selections from his defensive position on the right flank.

The fullback made three crucial interceptions.

Dalot was not completely limited to his half, as it might seem during the game. He executed two overhangs, one of which should have been effective, but Rashford could not connect with a superbly placed ball.

Outstanding in every area of the pitch. 👏 pic.twitter.com/NOMSvD1ht1

Let’s hope that the club will resolve the issue with his contract and tie the Portuguese national team player to a longer stay in the “Theater of Dreams”. His remarkable improvement certainly justifies it; at this rate, the sky is the limit for a Dalot. 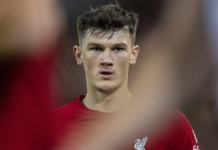 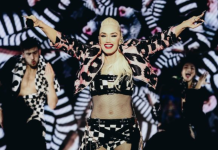