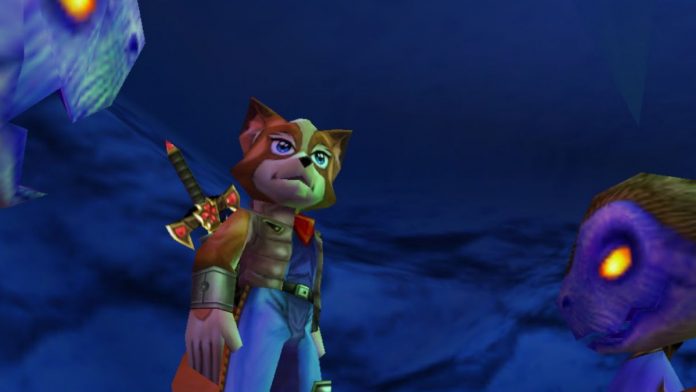 The Rare game, later released under the name Star Fox Adventures on the GameCube, already started implementing Fox McCloud before the console switch.

It’s been a pretty intense start to the year for Rare fans, especially those from his time on Nintendo 64. At the end of January, the canceled GoldenEye remaster for Xbox Live Arcade reappeared by surprise, and days later it was uploaded in status playable on the internet. Now it’s the turn of Dinosaur Planet, the initial version of Star Fox Adventures that was also canceled to be remade on the GameCube, and today it has been published by the managers of the retro preservation website Forest of Illusion.

In the late 1990s, after completing games like GoldenEye himself or Diddy Kong Racing, a group within Rare set out to create a third-person adventure similar to Ocarina of Time (then still in development). The project was called to be one of the great games of the generation, with dozens of hours of content, two playable characters, gigantic bosses, dubbed sequences and travel between areas without loading screens thanks to the speed of the cartridge.

However, in 2000 it made its last official appearance as a Nintendo 64 game, and also as a work entitled Dinosaur Planet: given the imminence of GameCube, internally it was decided both to move the game to the next console and to rethink it as a spin-off from the Star Fox saga. Upon its reappearance in 2001, Star Fox Adventures already had a new name and a new platform; and Saber, the fox who was originally going to co-star, had disappeared to make way for Fox McCloud, a classic character from the Nintendo factory who also displaced Kyrstal (the other co-star) towards a much more secondary role.

Since then, many times it has been speculated or assumed that such changes occurred during the specific reconstruction for GameCube -version not released until 2002-, but with the recovery of this ROM in a state never before shown (according to those in charge of uploading it, it dates from December 2000), it is discovered that Rare has already modeled and embedded Fox McCloud on Nintendo 64. This is not a full implementation, as both the interface and some dialogs still hint at Saber, but it does give you a good idea of how the adventure of completing its development on the original platform could have materialized.