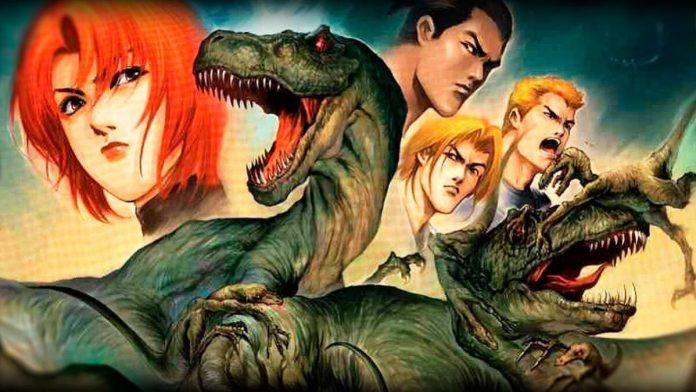 Dino Crisis: After the success of Resident Evil and the announcement of the return of Dead Space, we wonder how the new generation could sit on the Capcom saga. The title says it all: we want another Dino Crisis, be it in the form of a sequel or a remake. The saga even made it into the top five on our list that we’d like to see back in the next generation. But before recalling why, let’s talk about Jurassic Park for a moment. In 1993, Steven Spielberg adapted the novel of the same name for the big screen and sparked an unprecedented fever around dinosaurs. Although these prehistoric animals had always been a wild card creature to increase the cool factor of any work, the film, as entertaining as it was groundbreaking for its special effects, became the biggest box office to date and kicked off several years of total dinomania, encouraging the appearance of toys, comics, series, sequels and, of course, video games.

Being a fashion with its main boom in the mid-nineties, a large part of those derivative games (with or without a license) stuck to the prevailing side scrolling, enough to promote some competent platforms or run and gun, but not so much to recreate the panic of being within reach of reptilian predators. Although for all audiences, the film had been characterized by moments as tense as the exit of the tyrannosaurus from its enclosure or the pursuit of velociraptors in the kitchen of the visitor center, an idea that the official SNES adaptation tried to recapture with some sections in the purest Wolfenstein 3D style first person. These parts were limited to indoors and contrasted with the lighter adventure tone that predominated on the outside, but hardware limitations prevented getting a smooth experience or doing anything interesting with enemy routines, leaving it little more than a curiosity.

Nor is it unnecessary to consider that during 1993 and several years thereafter, horror in video games tended to be more of a thematic component (imagery based on genre topics) than a sensory experience. A year earlier, in 1992, the first Alone in the Dark laid several foundations for Survival Horror by combining the fixed camera system with ambushes to create a state of paranoia; And in late 1993, shortly after the release of SNES’s Jurassic Park, DOOM also made a significant breakthrough thanks to its ghoulish futuristic Satanism and the shift from rock to gloomy music in some phases; But it was not until the second half of the decade that the advancement of technology and the experimentation of creatives like Shinji Mikami gave rise to a fever similar to that achieved by Spielberg with the dinosaurs.

Introducing Resident Evil at this point, in the year of its 25th anniversary and with the eighth numbered installment achieving record numbers, seems like an unnecessary process, but it never hurts to remember how influential the first installment was. Many of its sequels received higher marks and sold more units, but the 1996 game, primitive as it now looks, established a mold as effective for horror games as DOOM for first-person shooter, which is why so many companies They jumped on the train that Capcom promptly put at full speed. Square’s Parasite Eve, Sega’s Deep Fear, Konami’s Silent Hill, and Polygon Magic’s Galerians are just a few examples, and even Alone in the Dark came full circle by taking notes to create a subtitled reboot The New Nightmare.