Home Entertainment Dimitrescu phenomenon: When the antagonist outshines the protagonist himself 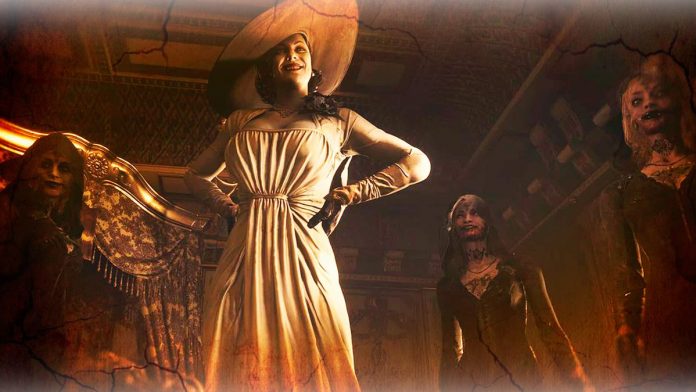 Dimitrescu: The origin of a myth and the phenomenon by which one of the villains of Resident Evil Village is able to unseat the same protagonist.She is the fashionable character and it is impossible not to know her. Each and every one of us has succumbed to the charms of Lady Dimitrescu, one of the antagonists from the recent Resident Evil 8: Village. Since her first appearance in the Maiden demo, the villain of near impossible proportions has driven the entire Resident Evil community crazy and agitated. Everyone talks about her but what do we know about her character so far? Today in Meristation we review everything we know about Lady Dimitrescu to date: how the character was created, her origins and her particular history within the Village. Join us to the most rural Romania to discover it.

Below you will find spoilers for Resident Evil 8: Village.

Created by Capcom for the title Resident Evil 8: Village, Lady Dimitrescu has risen as one of the star villains of the Resident Evil saga. As soon as we saw her, we knew it instantly. From her colossal stature, her distinctive Victorian dress, her vampiric features, to her own defiance of her aesthetic canons, she has quickly become an icon for the franchise. An antagonist who has exploited the femme fatale concept through seduction, charisma and who has originally displaced herself from the stereotype of the classic villain. Everyone talks about it, but what is the origin of it? Morimasa Sato, director of Resident Evil 8: Village in an interview with IGN about the creation of Dimitrescu’s character: “In the character creation stages the team was encouraged to try as many unusual ideas as possible. We are not the type of team that starts with a niche idea and gradually begins to expand. When we try new ideas, we start by looking for something extreme. As we move forward, the idea generally begins to deviate from pure horror. ” After Capcom developed the first ideas for the Lady Dimitrescu character, the studio attempted to create an environment that was better suited to the countess’s design, opting for the idea of ​​creating the Victorian-era inspired Dimitrescu Castle.

The first sketches of Dimitrescu were curiously produced from an existing character in Resident Evil: Mia Winters, Ethan’s wife in Resident Evil 7. The beginning of Dimitrescu began by adapting the character of Mia, adding a hat and a long dress. . The team expanded on the model in-game and found that additional accessories enhanced the character’s design and personality. From this prototype, one of the first pieces of concept art that Tomori Takano drew of Lady Dimitrescu was the height of her, including a scene in which she was leaning through a door. The team wanted that moment to be a scene in the game, in addition to being used in the trailer. Tomori Takano, Art Director for IGN: “I thought this would be enough to give it a ghostly quality, but we couldn’t make it feel terrifying. So we decided to make the character model much bigger. That was the beginning of Lady Dimitrescu. I drew a piece. concept art in which she leans in to walk through a door. That’s when I felt like this was going to work. We tried a lot of different things to make the countess scare and feel like a boss character. There were also ideas to make her more like to a creature, but in the end we felt that an imposing woman was the simplest but most powerful thing we could do ”.

After the first sketches of Dimitrescu were made, the studio decided to use the face of Polish actress Helena Mankowska to bring her to life. In addition to facial modeling, she also resorted to body modeling with Cliah, a Canadian dancer and singer, as well as actress Maggie Robertson, who played her through motion capture and later voiced her as well. In addition to her design, the team was also inspired by figures such as the famous 16th century Hungarian noblewoman and serial killer Elizabeth Báthory, the Japanese urban legend Hashaku-sama and Anjelica Huston’s Morticia Addams. “In the early planning stages, we decided to go with castle and vampire motifs. However, we didn’t want to be limited by how vampires have been depicted in various forms of popular entertainment.” According to Takano he began to work on the concept of a “bewitching vampire”. In addition to these influences recognized by the study, Dimitrescu’s resemblance has recently been linked to a photograph of the Swede Erik Holmén from 1938.

Starfield And Xbox Exclusives; A Declaration Of Intent