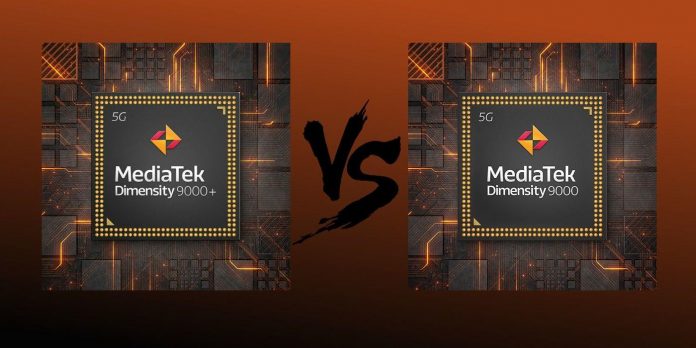 MediaTek has announced the release of the Dimension 9000 Plus as its newest chipset, which will be an interim upgrade of its flagship processor, the Dimension 9000. The MediaTek Dimension series is a line of 5G mobile processors powered by several 5G smartphones. The Dimension 9000 was the most powerful chip in the series and a competitor to the Qualcomm Snapdragon 8 Gen 1 processor.

However, the recent announcement of the Snapdragon 8+ Gen 1 processor brought Qualcomm ahead. MediaTek, which is not far behind, has now followed suit with the Dimension 9000 Plus and will use the new Qualcomm processor as the preferred chipset for flagship phones to be released in the second half of 2022.

They are also equipped with the same Miravision 790 technology, which provides support for adaptive HDR10+ technology and support for displays with refresh rates up to 144 Hz and WQHD+ resolution. In addition, MediaTek has also equipped the new chipset with the same modem as its predecessor, which only supports networks with a frequency of less than 6 GHz, as a result of which the Dimension 1050 will remain the only MediaTek chipset with mmWave 5G support for the foreseeable future. According to the Taiwanese semiconductor manufacturer, the Dimension 9000 Plus will appear in phones starting in the third quarter of 2022.