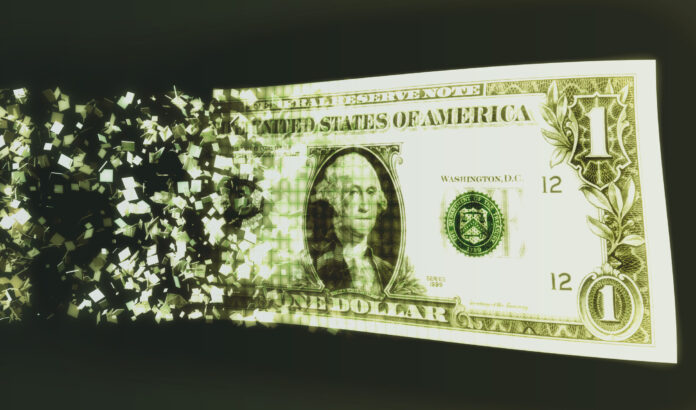 The Former Chairman of the Commodity Futures Commission (CFTC) made statements about the digital version of the dollar.

Former President J. Christopher Giancarlo believes the time has come for the digital dollar and says that planning should be done as soon as possible to achieve this goal. As a result of the partnership agreement signed between the President’s non-profit foundation, the Digital Dollar Foundation and a consulting firm, the first publicity report “White paper” was published. The project will be realized in cooperation with the multinational consulting firm Accenture. As is known, Chris Giancarlo, who resigned as CFTC when his term expired in April 2019, established the Digital Dollar Foundation earlier this year.

What is Explained in the Promotional Text?

The 50-page white paper outlines the benefits of the digital dollar and explains some of its use cases. The document also features philosophical arguments. In short, it is stated that the technical problems facing the central bank digital currencies cannot be separated from these ideas. The promotion also emphasizes that the United States should now ask questions about this issue. In the text, it is suggested that a tokenized dollar follow the existing two-tier physical cash distribution model. In other words, CBDC must continue the existing two-tier banking system.

Confidentiality is a major concern among those using any kind of digital payment system because it ensures that spending is easily tracked by “Big Brother”. After all, one of the advantages of digital money is anonymity.

White paper talks about both sides of the equation, but does not elaborate on how to deal with the problem. It is acknowledged that a completely anonymous system would allow illegal activities. But he knows that no one will accept a system in which their financial life is transparent. Metin does not offer any solution in this regard.

The next step of the digital dollar project, published in White Paper, is to create and test the system in a series of pilot programs. The systems to be tested are quite diverse, including various methods of use, domestic payments, international payments, government benefits and direct peer-to-peer payments. According to Giancarlo, the process of creating a digital dollar with these steps can take 5 to 10 years.

The former President states that the USA should find a place in this game as soon as possible.

Magic mistake on Twitter! The company apologized to users

Amazon Accuses SpaceX of Evading Regulation and Not Complying With Rules