Recently, digital artist Jarkan posted a video of Millie Bobby Brown “acting” as Hermione Granger, originally starring the talented Emma Watson, on her YouTube channel – and the result couldn’t be more surprising. Realistic enough, the feat was achieved through a computer technique popularly known as Deepfake, being able to replace the faces of people detected in images or frames of a video.

Currently, Jarkan has about a year of experience in creating videos of this type and the evolution of his technique is remarkable, as can be seen on his YouTube channel. Throughout this video of Hermione Granger’s “replacement”, Millie Bobby Brown’s face seems to fit perfectly during several films in the franchise, impressing with the adaptation in different ages and facial expressions.

However, the technology itself is still not perfect, so it is subject to imperfections – which can be seen by some, however, as something positive. Subtle details like small expressions and spots on the skin end up not being well translated by the Deepfake algorithm and, therefore, can cause a certain awkwardness at times. Check out the full video:

Videos in this style are becoming increasingly popular with users of social networks, especially on TikTok with its viral publications. Possibly, the most recent example of this type is Tom Cruise’s Deepfake, which impresses for its quality and similarity since it uses in addition to technology, an acting technique that imitates the Hollywood actor.

Despite the comic repercussions, the advancement of Deepfake’s technology can also generate new types of threats and already raises discussions in several countries about its legality. One Piece: Reveal what Luffy and company would look like as Shingeki no Kyojin titans 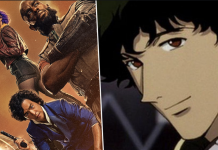 Cowboy Bebop: At the height of the anime? Netflix finally releases the first live-action trailer 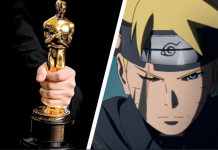