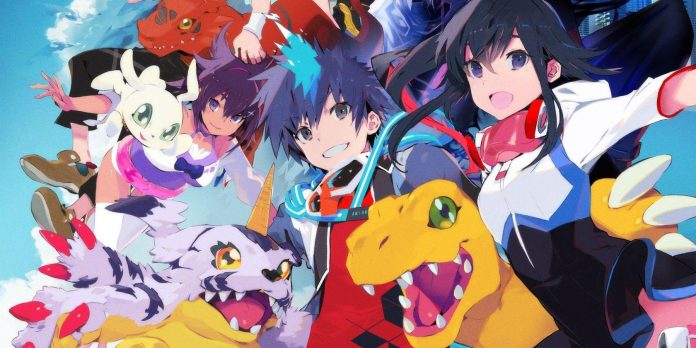 This may not be the most popular series about catching little monsters and teaching them to fight each other mercilessly, but Digimon still holds a special place in the hearts of 20-30 people around the world. Like the franchise that soon followed, Digimon has spread to almost every possible media, from anime to movies, card games, merchandise and, of course, video games. The Digimon World series is generally considered one of Digimon Media’s best works, and since it dates back to 1999, it’s probably the first entry point for many fans.

Starting with the original PlayStation back in 1999, the Digimon World series had six main parts, each of which improved on its predecessor in some subtle but distinctive ways. It may not be the best gaming franchise, but Digimon World certainly makes many nostalgic.

link: Explanation of a series of Digimon stories

Technically released a few months before the popular anime, Digimon World, the first game in the series, was released in January 1999 in Japan and appeared in May 2000 in the US regions. While on an island full of wild digimons, the player must train his own digimon partners and set out to fight and tame the rest of the island, saving it from chaos.

While Digimon World takes a lot of cues from the Pokemon series with similar turn-based combat systems and obviously a very similar premise, this first game focuses more on training monsters than fighting them. Players will need to hatch their digimon from the egg and guide it through five different stages of the life cycle. Interestingly, the player’s digimon partners can actually age and die, which requires the player to grow them out of an egg again.

Digimon World also has several mini-games, such as arena tournaments and fishing. Players can also accept various subquests, some of which will reward the player with new digimons and performance improvements. Being the first in the series, only 65 digimons can be collected in Digimon World.

Released just a year later, Digimon World 2 is very different from the first game in the series. Instead of an RPG similar to Pokemon world, Digimon World 2 prefers to follow the path of dungeon crawling, instead very reminiscent of future Pokemon Mystery Dungeon games. Although training is still an important part of the gameplay, Digimon World 2 really concretizes the combat system and adds a lot of new digimons that can be tamed and trained.

Digimon World 2 is also the first game in the series to include Digivolution mechanics, thanks to which players can combine the development of their monsters when they gain enough experience. In addition, players can also Digivole their monsters when two monsters of the same rank merge together to form a new type of Digimon, which is inherently more powerful.

A year later, Digimon World 3 will be released, this time even more reminiscent of Pokemon. Instead of 3-on-3 battles, Digimon World 3 combines it only with 1-on-1 battles. Digivolutions in this entry are also treated a little differently, acting more like temporary gains in combat than as permanent evolutionary improvements. This is the first Digimon World game in which additional card battles are included as a side action.

After taking a three-year hiatus, the series will return with Digimon World 4 in 2005, this time moving from PS1 to Xbox, PS2 and GameCube. With the generational leap, there have also been many gameplay and visual effects improvements. Some of the new mechanics included a four-player multiplayer mode, a Digimon boss, and Magic, Technology, and Weapon systems.

After taking another big break, the series returned again in 2012 with Digimon World: Re-Digitize for PSP. As in the previous parts of the series, taking care of their digimons is the first priority of the player, since the player needs to maintain his hunger, health and ensure the satisfaction of his personal needs.

The world of digimons: the next order

The most recent game in the series, Digimon World: Next Order, released in 2016 for the PS Vita and in 2017 for the PS4. This latest entry uses an open-world approach and allows players to choose two digimon partners who need to take care of both at the same time. Being the most recent installment of the Digimon World series, Next Order is by far the most impressive from a technical point of view, with the most complex mechanics and the best visual effects in the entire series.

Kris Jenner Says She Was Convicted After She Got Pregnant On...

Get 75 Days Free Of Crunchyroll Premium With Xbox Game Pass...