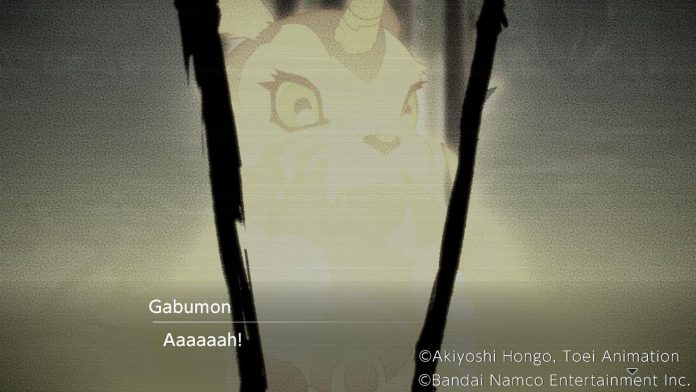 Part 6 of Digimon Survive explores the connection between Digimon and their human partners, especially regarding the recent events with Shuji and Lopmon (and what eventually became of them). These events drove a wedge between some members of the group and their partners, which led to further conflict.

Digimon Survive, Part 6, also explores the story of Garurumon, an antagonist with a strong dislike for humans, and research conducted by Professor Kemonogami. It begins with Haru and a digimon named Gabumon running away from enemies. Gabumon manages to transform to protect Haru, becoming Garurumon, but Haru is pulled through the portal and disappears, leaving him alone. It turns out that this is Garurumon’s dream, and he has a short dialogue with Arukenimon.

RELATED: Digimon Survive Should Be Another Subsidiary Franchise Like World and Story

The group finally reaches the exit to the underground waterway leading to the second island, but everyone is exhausted. The professor explains how he survived the fall from the dam, and suggests patrolling the area while everyone else is resting.

Some time later, Kaito remembers what happened to Shuji and Lopmon, demanding answers from Drakmon. Unfortunately, Drakmon has no answers, and several members of the group begin to express doubts about their partners. Takuma is trying to calm the situation down.

Falkomon almost leaves in anger because of Minoru’s distrust of him, but Takuma and Agumon convince him to wait at least until the professor returns. This triggers a free action for the chapter.

This free action gives players 8 moves to work with while exploring new areas and interacting with the group.

Monzaemon deserves special attention, because if successfully coordinated with it, it gives Ideal Enlightenment Plates that can be used to raise the Free Digimon to the maximum level. Some encounters, such as Angemon and Sangloupmon, may appear only after 4 actions are spent and the locations are updated.

Miu, Saki, Shakomon and Floramon can be found at the Waterway Plaza.

After talking to Miu, you will find out that she blames herself for everyone being in this world, since she led them to the Sanctuary in the first place. Takuma will try to comfort her.

Don’t regret the past. No effect. It’s not your fault. Miu Proximity up! You worry too much. No effect.

After talking to Saki, you will hear her comment about how quickly and easily a person can die, which will lead to Takuma trying to figure out what she is thinking.

What’s on your mind? No effect. No, no problem. No effect. I’m just worried. Saki Proximity up!

The beach by the waterway

Minoru, Falkomon and Miyuki on the beach by the waterway.

Talking to Miyuki will make her point out something, but Takuma can’t notice it and tries to get her to clarify what she sees.

Say something, anything! Moral +1 Is there something? Harmony +1 To say that I don’t see anything… Anger +1

After that, she hands Takuma a Power Pineapple.

Minoru is still afraid of Falcomon and the others after what happened in the Waterway, and seems to have convinced himself that they will betray the group.

I want to be trusting. Minoru proximity up! I trust Agumon. No effect. You worry too much. No effect.

Kaito and Drakmon can be found at the Waterway Plaza after 4 moves have been spent. Kaito and Drakmon seem to be working well together, trying not to doubt each other despite the understandable fear, but Takuma casually raises this question again.

Double it… Kaito Affinity Up! I’d rather apologize. No effect. Change the theme! No effect.

The beach by the waterway – 2

Saki and Floramon can be found here after 4 moves have been spent. Takuma overhears excerpts from a conversation between Saki and Floramon and wonders how Saki feels about the current situation.

Forest near the city

The professor can be found in the forest near the city, where you can also talk to Agumon. A conversation with the professor makes him ask how everyone is doing, and Takuma is given several answers.