Home Entertainment Digimon Survive should become another subsidiary franchise, such as World and Story 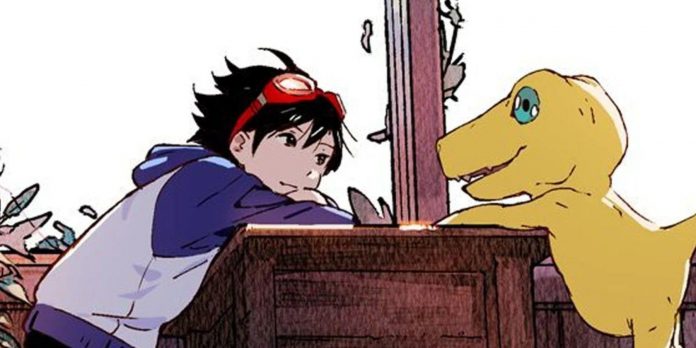 Despite everything, the Digimon franchise managed to remain relevant even two decades after its first debut. While that wouldn’t be too impressive for most franchises, Digimon originally aired just a year after Pokemon and somehow managed to survive alongside it for the past 25 years. Many of Digimon’s successes are associated with a number of video games in the series, and Digimon Survive is the most recent game in a surprisingly long history.

Released just a few weeks ago, Digimon Survive is the latest Digimon video game, although it is far from the first in the series. Since the franchise first debuted in 1997, it wasn’t long before video game adaptations started popping up on store shelves, with Digimon World becoming the first major related game. Since then, several Digimon video game series have been released, each of which has formed its own subsidiary franchise to fill a specific niche, and the arguments in favor of Digimon Survive forming a new subsidiary franchise are strong.

If we talk about the long 20-year history of Digimon in the video game industry, then two main series stand out in the minds of fans: Digimon World and Digimon Story. While Digimon World and Digimon Story have some similar mechanics, most of which are directly inspired by Pokemon, both have their share of unique elements and mechanics that make each of them worthwhile in their own way.

Digimon World as a series often falls into the category of open-world role-playing games, where players take on the role of a digimon tamer, exploring the digital world and facing various threats. The Digimon World series focuses more on learning than anything else. Players will often raise their digimon partner through six stages of development, feed them and take care of them at every step. Although the player can still use his digimon partner in battle, the focus of the game is on training the monster.

Digimon Story, on the other hand, takes a few more direct cues from Pokemon. Unlike real-time battles in Digimon World, Digimon Story prefers to use a turn-based combat system, and instead of a single Digimon partner, players can use a group of several Digimons at the same time. The Digimon Story sub-franchise also tends to be a bit more story-driven than Digimon World. Thus, although both Digimon series have some similarities, each of them fills its own niche and offers different experiences that different fans like.

Digimon Survive is suitable for a different niche

The recently released Digimon Survive game occupies a completely new niche for the Digimon franchise. Although Digimon Survive has turn-based battles, they make up a small percentage of the game’s execution time. Instead, Digimon Survive is actually primarily a visual novel. While this approach was risky, for some Digimon fans it seems to have paid off.

While Digimon Story is certainly more narrative-oriented, Digimon Survive’s visual new approach allows the story to stay in the spotlight and stay in it. Character relationships, world building, and intertwining plot threads are all at the heart of Digimon Survive, and for die—hard fans of the series, this approach seems useful, and the plot returns bring true satisfaction. The visual novel approach may not be for everyone, but Digimon Survive’s dense storytelling is reason enough for the game to be the start of an entirely new Digimon sub-franchise.