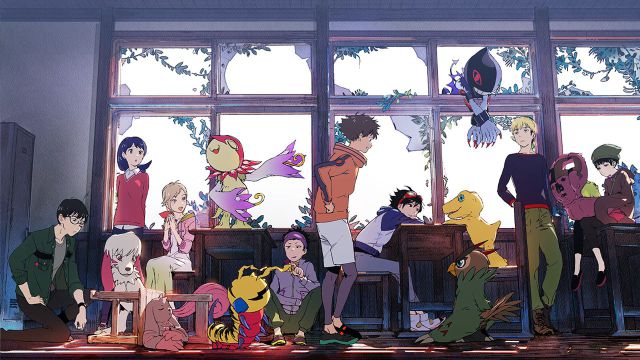 Digimon Survive: Bandai Namco’s long-awaited title fully shows the gameplay initially seen at Digimon Con. It will arrive in 2022 on consoles and PC. Digimon Survive has officially presented the trailer (with some gameplay) that was shown last February during Digimon Con, the event in which it was confirmed that HYDE is the new development studio —it used to be Witchcraft— along with many new project details; which will arrive sometime in 2022 for all platforms.

As we can see, the footage is perfectly subtitled in Spanish, an aspect that seems essential for a large part of the fans, given that the novel visual nature of the game implies the appearance of large amounts of text. Kazumasa Habu, producer of Digimon Survive, explained during the Digimon Con presentation that the game will have a total of 12 episodes, but once we reach episode 8, three routes with three outcomes and their corresponding endings will open.

Digimon Survive will arrive in 2022 on PS4, Xbox, PS5, Nintendo Switch and PC

“In the conversational adventure parts, the game progresses through conversations with the characters and investigation of items that can be found in different locations. In each chapter, we will encounter two situations during the progression: Free Expedition and Exploration.”

We are talking about one of the most anticipated Digimon games that are remembered. Almost four years have passed since we learned of its development, but different vicissitudes, through a pandemic, have prevented Bandai Namco from publishing this long-awaited adventure, a visual novel with elements of a tactical role-playing game in which all kinds of recognizable characters They will accompany you in a deep story.

Digimon Survive will hit stores around the world sometime in 2022 on PlayStation 4, Xbox One, Nintendo Switch, and PC consoles. PlayStation 5 and Xbox Series users will be able to play it perfectly thanks to backward compatibility.