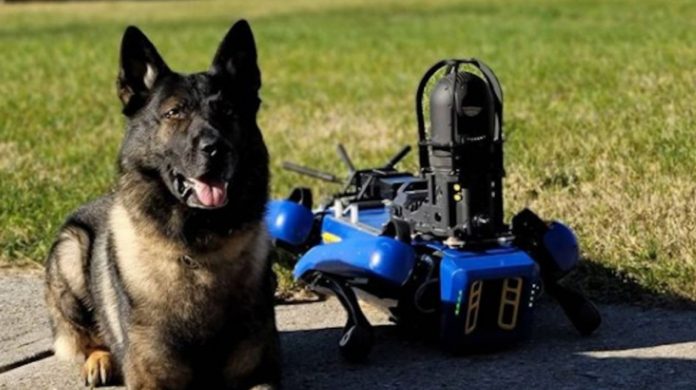 Digidog performed the operation. New York Police Department (NPYD) announced last month that it will use robot dogs in its operations. A Twitter user shared a video of the operation performed by the New York police with a robot dog called Digidog.

The French army shared the images of the operation it carried out with the Boston Dynamics robot. NPYD has been a topic of discussion on social media because of an operation video it performed with Digidog.

NYPD stated that the Digidog they bought was 70 kg. Explaining that it has been used several times for testing, the officials underlined that the robot dog can only be controlled by remote control for now.

Digidog, produced by Boston Dynamics, can move at a speed of 5.6 kilometers per hour. Digidog can easily go down the stairs and carry 13 kg of useful load. In addition, the camera in Digidog has 360 degree video recording feature.

Posting the operation footage, Twitter user said, “They really bought these robot police dogs for New York. This is brutal. ” used the expressions. Other users reacting similar to the posted video, reacting to spending their taxes in this way.

Nah they really got these robot police dogs in NYC. This is wild pic.twitter.com/iG7CTPFevH

What do you think about the security forces’ use of robot dogs? You can indicate your answers in the comments.

‘Pink’ Supermoon: Check Out Photos of The Phenomenon Around The World