Home Entertainment Diet In and Out of BTS: Idol’s Current Weight Worries ARMY 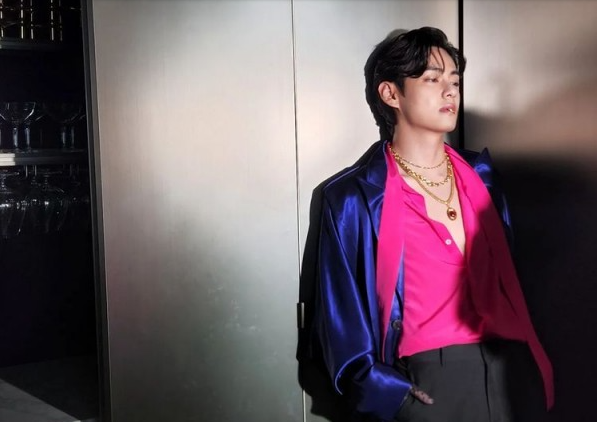 V from BTS revealed his current weight, which shocked fans because he is known as a food lover.

Among the BTS participants, V admitted that he doesn’t really like to train. Although he spends very little time building muscles and maintaining a figure, according to him, his diet mostly copes with its task.

He recently revealed his current weight and made fans worry. Keep reading to find out how much V. weighs.

After making the airport his runway, BTS’s V flew back to South Korea on Sunday via Charles de Gaulle Airport in Paris. Before he caught people’s attention again with his visuals, Idol posted several updates to his Instagram story, including a photo of him weighing himself and showing his current weight.

The photo, which has since been posted on various platforms, showed that the current weight of V from BTS is 63.4 kg. Vi himself added a gif to the number, in which a man gives a thumbs up.

ARMY immediately expressed his concern, as this number makes his weight below the norm for his age and height. They also urged him to stop losing weight, as, in their opinion, he has nothing to lose.

On the other hand, some fans defended V and asked everyone to stop commenting on his weight. They added that they should let V do anything that would make him feel comfortable and confident at the same time.

One of them said, “Some army men created a problem because of Taehyung’s post about his weight. Taehyung didn’t tell the fan not to eat or diet, he just informed us that he went on a diet for the project, he is the only participant who likes to be chubby, not I’m not saying he will go on a diet to be beautiful, or hasn’t eaten for a few days to come back.”

“Kim Taehyung’s weight is perfect for his height and physique! You can eat whatever you want and go on a diet if you want, if you are healthy. No one can tell you otherwise,” wrote another.

V from BTS once shared three tips with fans who also don’t want to gain extra weight. First of all, he explained that stress-induced overeating may be the number one factor in this.

An idol can maintain his ideal weight without experiencing stress while eating. He does this by thinking happy thoughts whenever he eats.

Secondly, Vee said to enjoy the food and enjoy the taste to avoid weight gain. Finally, he said that the use of soups can saturate a person without adding extra pounds.

BTS’s V also impressed fans by the fact that he could eat fast food without getting fat, which prompted them to follow his health advice!

Call of Duty: Modern Warfare 2 Brings back the Special Ops...

Prey Studio is excited to work with Xbox Game Pass